Bolton: UK ‘front of the line’ for US trade

BBC reports that U.S. security Advisor John Bolton has said that UK is ‘front of the queue’ for US trade deal.

In 2016, then-President Barack Obama said the UK would be ” at the back of the queue ” for a US trade deal if the country voted to leave the European Union. Three years on, President Trump’s national security adviser John Bolton has said the UK is “constantly at the front of the trade queue – or line, as we say”. 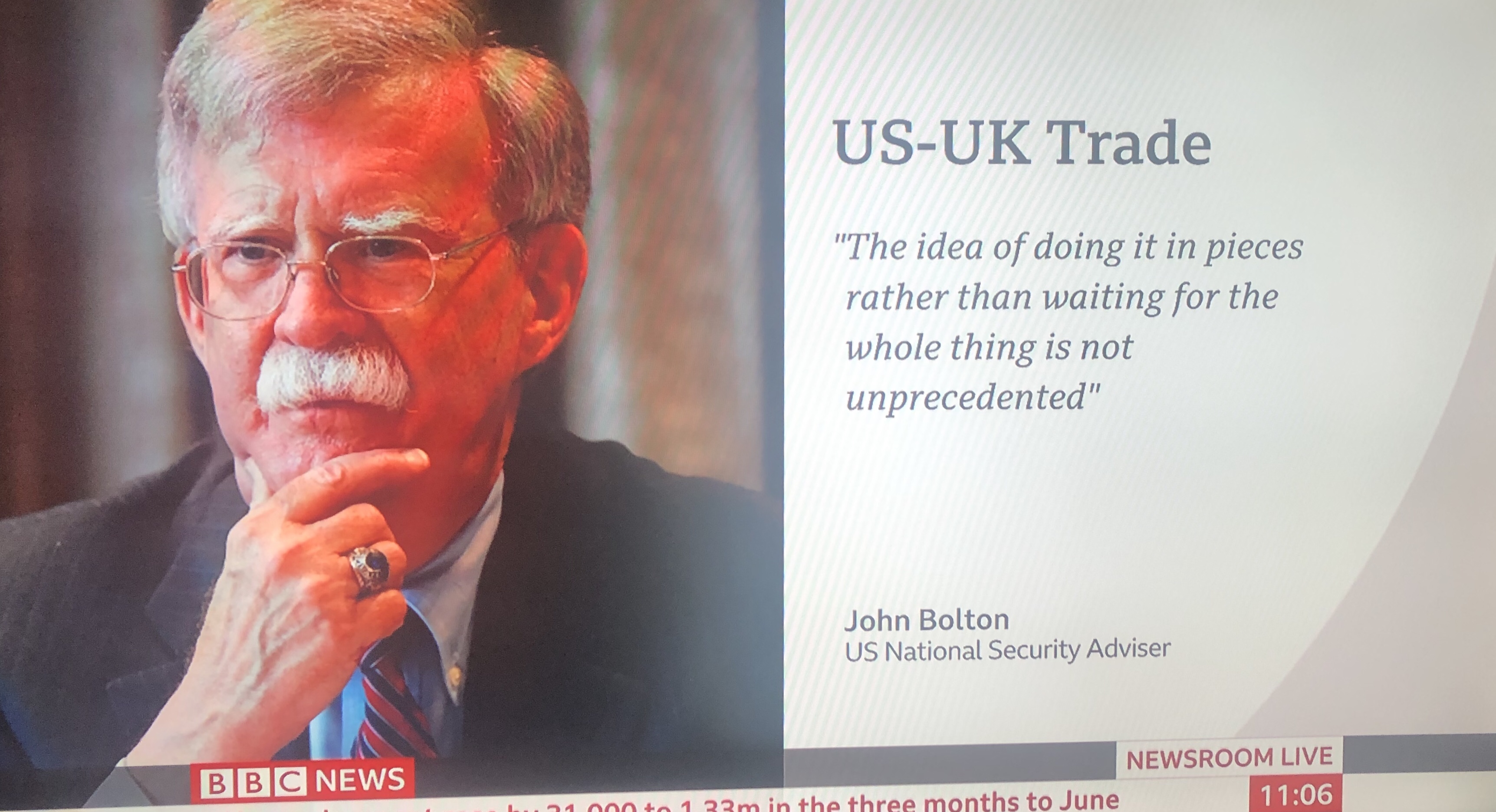 Mr Bolton – who was speaking during a visit to the UK – said a deal, or a series of smaller deals, could be reached “very quickly”.

He also said the US supported a no-deal Brexit, and claimed he and President Trump were “leavers before there were leavers”. “The fashion in the European Union when the people vote the wrong way from the way that the elites want to go is to make the peasants vote again and again until they get it right,” he added.