Theresa May is braced for “howls of rage” as ministers finalise tariffs that would apply if there is no Brexit deal.

Liam Fox, the international trade secretary, wants a move to zero tariffs in as many areas as possible, but other ministers are demanding protection for producers, including farmers, who would struggle to compete with cheaper imports from outside the EU. 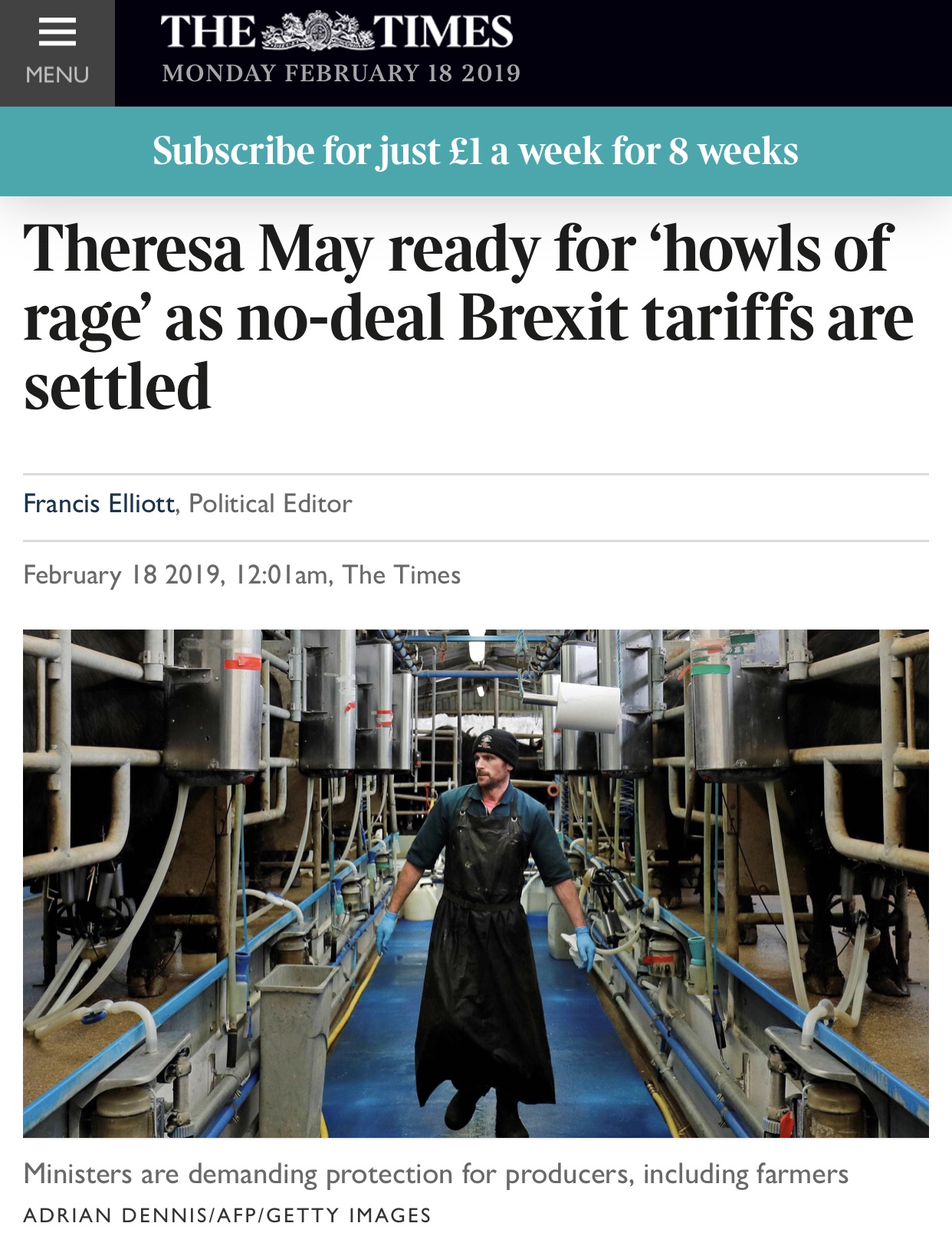 The row will come to a head this week after attempts by Mrs May to win concessions from the EU over the Irish backstop. Yesterday Jeremy Wright, the culture secretary, said that she may not seek to reopen the divorce deal, but that it could be amended by a codicil.

No-deal tariffs are published next week and Michael Gove, the environment secretary, is said to have won a promise that agriculture would be protected at least in the short term.

Industries such as ceramics, which fears annihilation without tariffs on non-EU goods, are still lobbying before a cabinet sub-committee meeting on Wednesday to sign off the regime.

To read the entire article, click here: Theresa May