What is the agenda for 2017 in EU and UK? Take a guess. The UK  newspaper The Guardian knows; it will be BREXIT time.

Brexit was the defining political issue in the UK in 2016, unseating a prime minister and unsettling MPs, but the shockwaves unleashed by voters’ decision to leave the European Union will reverberate over the next 12 months and beyond. 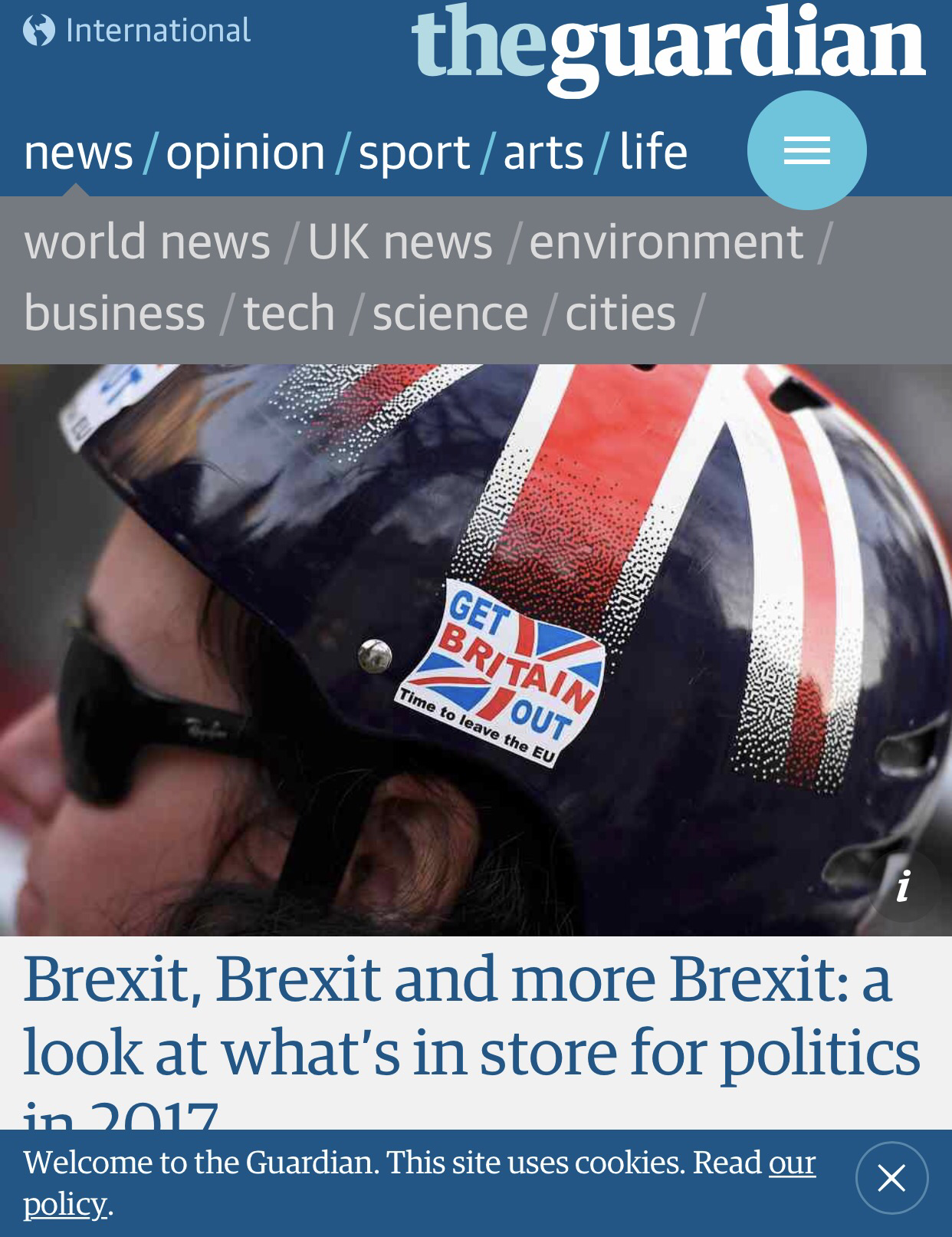 The soaring rhetoric of the Brexiters on sovereignty, control and freedom was the constant refrain of political debate in 2016, but it had already begun to be replaced by more prosaic practicalities as the year drew to a close,.

Things are due to get real, and fast. Theresa May has promised to give a speech early in the new year setting out the government’s approach to its Brexit negotiations. These will follow automatically the triggering of article 50 of the Lisbon treaty, something she intends to do before the end of March. In January, the supreme court will rule on whether the prime minister can invoke article 50 without consulting parliament. If the 11 justices uphold the high court’s judgment, the government will have to push legislation through both houses of parliament in time to meet her self-imposed deadline for beginning the formal process of  leaving the EU.

That is likely to create plenty of drama at Westminster. The next act, however, will take place far away from London, in Brussels and across the capitals of the EU member states, as leaders decide what kind of Brexit deal they are willing to offer against the backdrop of their own domestic battles.

Several forks in the road appear to be inevitable. The other 27 members of the single market seem determined to uphold the principle of the free movement of labour if Britain is to retain other benefits such as free movement of goods, capital and services.

Click here to read the article: The Guardian, Brexit article

← The world’s most innovative economies, Sweden 2nd best
This OECD country still has the best quality of life →