Believe in your dream

My perosonal favourite quote is ‘Nothing is impossible’. I know this is true.The impossible just takes a bit longer to achieve.

Here is another great story for you. 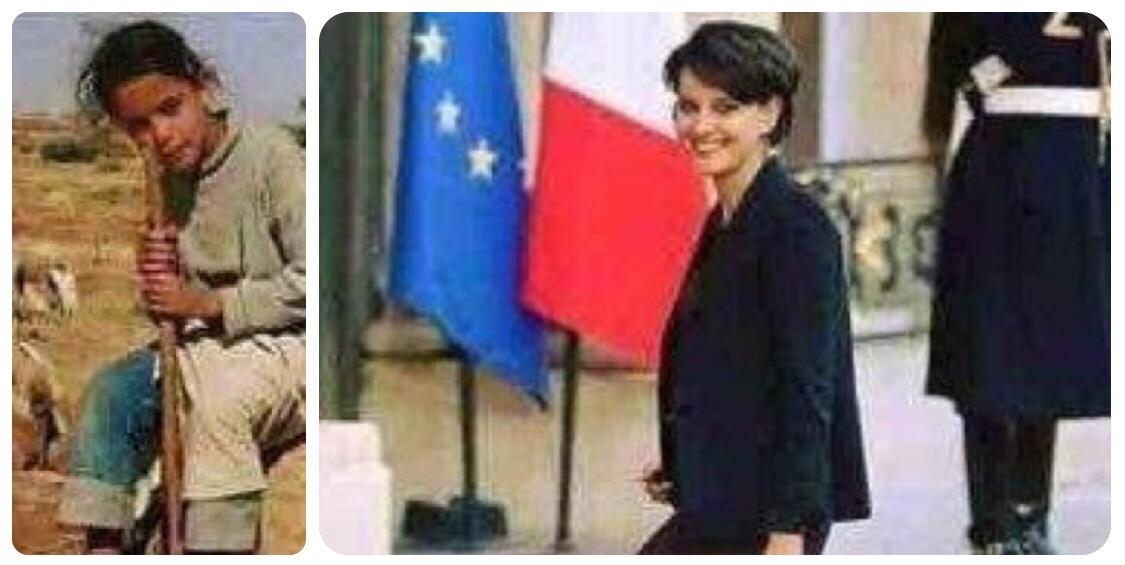 The girl on the left is herding sheep in Morocco. The woman on the right is the same girl 20 years later, as France’s minister of education.

We live in a time when the whole world is debating whether immigrants are good for the host country or not. France’s Minister of Education and Research Najat Belkacem is an inspiration to everyone who believe truly that even the people who have had poor childhood can succeed. Najat Belkacem was born in a village of Nador in 1977. Nador is a small village in the countryside in Morrocco.

How can you break the spirit of a woman who has worked hard tooth and nail to get where she is? The answer? You just cannot.

Her father was in France and had a job as a construction worker and asked Najat and his family to move to France with him. She studied hard and graduated from the Paris Institute of Political Studies in 2002. As young she went in to politics and started fighting for citizen rights, affordable housing and against discrimination.

Najat is a Moroccan Muslim French minister who herded sheep in her childhood. Because of her background and her place of birth and religion, she has been a sweet target for all the regressive sexist and racist comments conservative politicians can throw at her.

How can you break the spirit of a woman who has worked hard tooth and nail to get where she is? The answer? You just cannot.

“Never stop dreaming, and never stop working hard for your dreams. You never know what you can become.”