The club in my heart 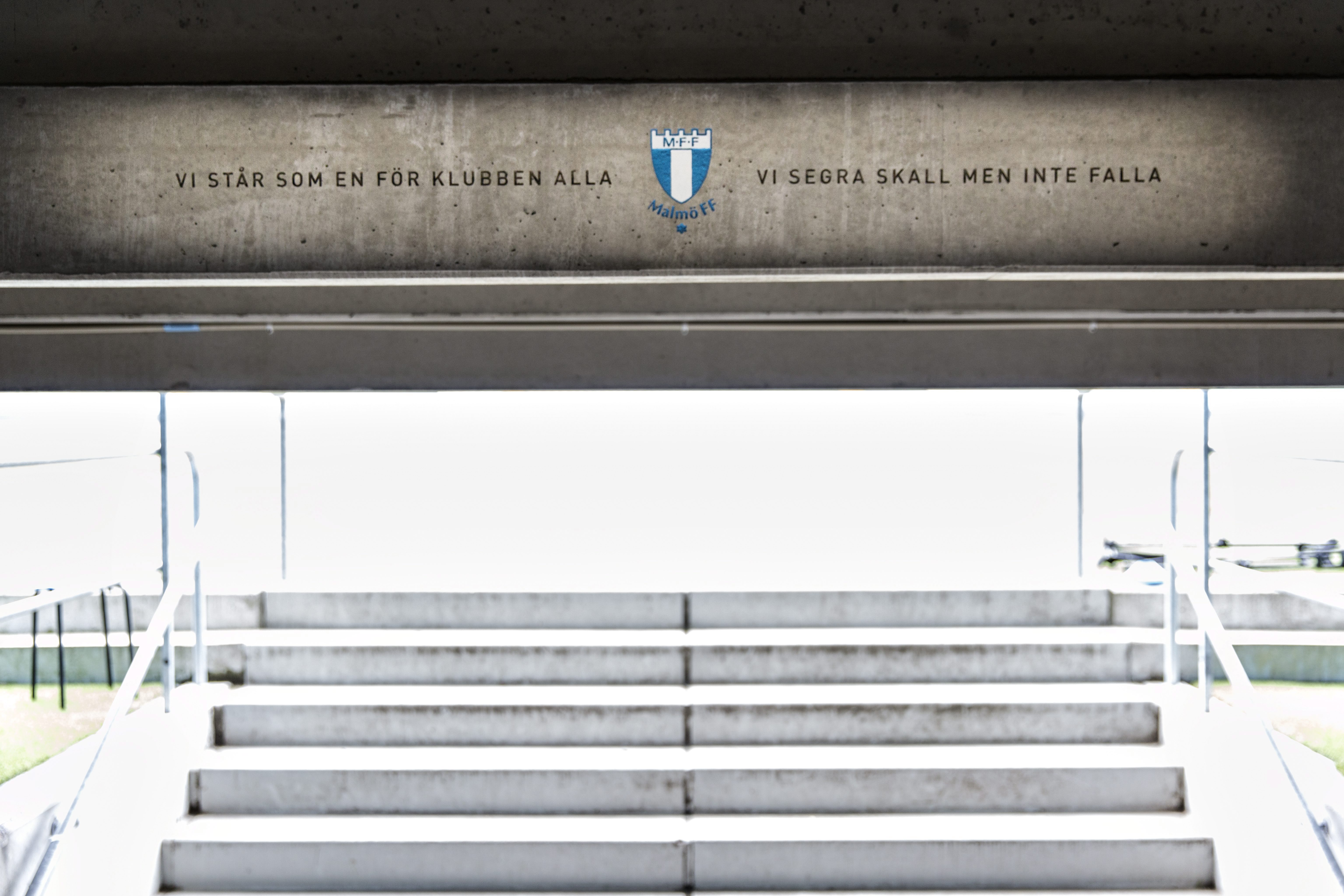 I love football. I have always loved this sport. There is something with the game that makes me feel very special feelings. Football or soccer as some say is the beautiful game – Joga Bonito. My club is Malmö FF. I was 5 years old the first time I watched a game live at the old stadium in Malmö. From the first moment I was lost to the game and to the club, Malmö FF. The giant stadium, the crowd, the game, the players, the sky-blue shirts – and the happiness when we scored and won. I can remember it as if it was yesterday. It is one of my first memories in life and one of the happiest. It is a special feeling to follow a club, a special kind of love. Because millions of people around the world know what I am talking about. The passion of the biggest sport in the world. Malmö FF is the biggest and most successful club in Sweden. We have won 21 league titles, more than any other Swedish club, we have 14 cup titles, we played the final of Champions League in 1989 – and most important – we are the home mother club of the best football player in the world ever, Zlatan Ibrahimović. In 2012 we got a new Stadium, Swedbank. Our stadium is our home castle and it has a tremendous atmosphere that has been feared by huge clubs like Atletico Madrid, Juventus, Shachtar and Olympiakos in the UEFA Champions League the last seasons. Above the players entrance to the pitch of the MFF stadium there is a sentence with special words; “Vi står som en för klubben alla – Vi skall segra men inte falla” (We are one, we are our club, we will conquer and never fall). See the photo above. The players hit the wall and the magic words with their hands every time they enter the field to play for Malmö. We want out players to be proud to play in our sky-blue shirts. And they are. The club has a winner mentality. Only victories counts. I follow my club always. Every day, wherever I am in the world. I have two friends that follow every practice at the stadium, every game – home and away – they are at the club every day. And they both independently send me reports from games, practices, press conferences. I watch as many games I can live and otherwise on a stream through the Internet.I love my town, I love my club, I love my team. And I always will. Malmö FF is in my heart.

Today is the birthday of my new CapacityNow blog on larskarlsson.com. This is a big day for me. It is also my own birthday. So what date could be better for the launch of my new interactive platform with my readers and everybody interested in Customs, borders, trade, travel, reform, modernization, capacity building and Zlatan Ibrahimović. My previous blog on this address – ‘Nothing is impossible’ – was active for more than ten years and I wrote articles almost every day for that information channel. It was a great channel for me and hopefully for my readers. It served its purpose. At the end of its lifespan I had more than 14.000 followers reading the blog. Now it is time for something new. Some people say that blogs are old fashioned and that other social media channels have replaced the blog environment. I don’t believe that at all. I am very active on social media and I personally update eight different platforms and social media accounts using Facebook, Twitter, LinkedIn and Instagram. So don’t miss me on these channels! Just search for Lars Karlsson and CapacityNow. The blog for me however is a complementary channel, a forum for longer texts, reflections, more extensive news topics and ideas. It is my voice. So this is the new version and it will be better than ever. I am happy that you are reading this text. However this is just the starting point. The goal is to reach 20.000 readers by the end of the year. Possible? Nothing is impossible. Why is there a need for this specific blog? And why now?  We live in a time of global crises. Local, national or regional solutions are not enough anymore to meet our challenges. In fact we need global answers to global questions. We need global solutions to global problems. It is urgent. There is no time to loose. The world is on fire and we need new solutions. There is need for a new vision, a new paradigm. This is where you will find these new ideas. We can’t wait to solve the challenges of the world. It is not enough to create capacity for the future. It is time for CapacityNow!

Globalization is the new black

Last year was a year of turbulence for everybody interested in international trade and movements over borders.  We saw commodity price changes that nobody could foresee. We saw people movement due to different crises, taken to new levels. We saw politics going crazy in many countries. International media seemed surprised. What is going on?

What we saw was globalization.  The real thing. Twenty years ago scientists and researches talked about globalization and I remember reading books about what globalization would look like. We didn’t know what it was. Nobody knew. Well, now we know.

Last year more than four billion people used the airline industry. There are more people on Earth with smartphones than people with access to clean water. Facebook, a social media network that didn’t exist twelve years ago had more than 1.5 billion users all around the world, connected together and interacting with each other. Imagine the power in that! The video of Korean rapper, PSY, doing his ‘Gangnam Style’ hit song has been viewed 2.522.012.876 times on YouTube –  when you read this probably more – an Internet media channel that was introduced not more than ten years ago. This is another face of globalization.

There are challenges with globalization, no doubt about it, but also endless possibilities. We have only seen the very first crawling moments of the potential of internet and the information society. In the future the revolution will amaze us over and over again. I am convinced that in the long run this development will be a good one for the world, especially for the developing world.

Globalization has had a major impact on the area I write about in this blog. We are starting to see global value chains emerge in more and more production chains and supply chain security is today not something we talk about but a reality. We will have to do more in these fields in the future. International institutions will have to develop new standards and new models for a new kind of global trade, as an example there is an urgent need for new standards and models for e-Commerce. We need to start real development on models to handle a massive breakthrough of Small and Medium Sized Enterprises on the global trade level, how these companies can have full access to our trading systems while Government still ensuring safety and security. These are challenges for our nations but also for the major international institutions. We have done it before and we will do it again.

This is why globalization – and its possibilities and challenges – will become one of the topics that I will write a lot about in this blog over the following years. Globalization is not only the flavor of the day, it is the topic of the future. Some might even say that globalization is the new black.