7 reasons why the Bali trade facilitation agreement needs to happen

There are only eight more signatures to go until the WTO Trade Facilitation Agreement (TFA) enters into force.

My good friend Jan Hoffmann, Chief, Trade Facilitation Section, at UNCTAD wrote this article two months ago why this needs to happen as soon as possible.

The article below is worth reading many times. There is no doubt that this agreement, the first multilateral trade agreement in decades, has the ability of a being a major game changer.

There are still a few signatures left before the Bali trade facilitation agreement can enter into force. The sooner these pending ratifications are achieved, the better it will be for global trade, business and development.
Numerous studies show that the agreement is good for trade, business and development. The World Economic Forum has estimated that the benefits of improved global trade facilitation far exceed those of further tariff reduction. An ambitious improvement in selected key components of trade facilitation would lead to an increase of approximately US$ 2.6 trillion (4.7%) in global GDP and US$ 1.6 trillion (14.5%) in global exports.

How many trillion of dollars of trade or GDP exactly are generated depends on a number of assumptions, but there is no doubt that the impact is positive. But why exactly?

In today’s trade-logistics and development context, trade facilitation has become ever more important. And here are seven specific reasons why. 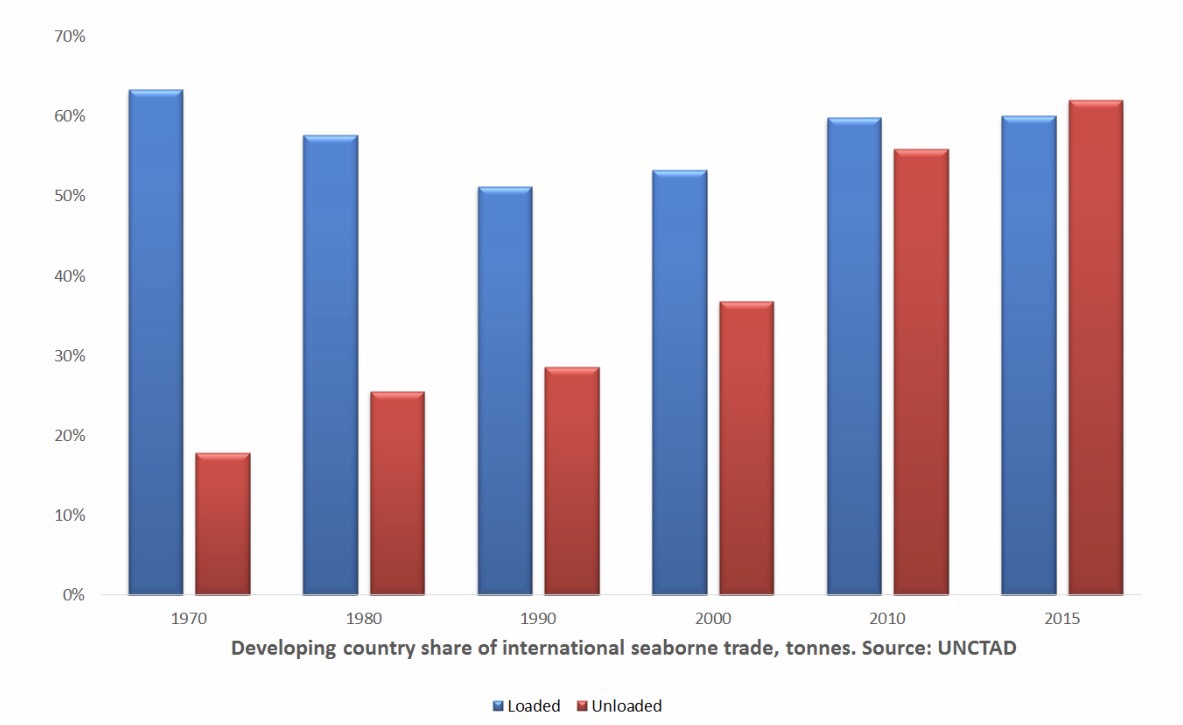 A trade facilitation measure such as Advance Ruling (Article 3 in the TFA) is more relevant for trade in manufactured goods than for raw materials. When the first iWatch arrived at the border and the customs officer had to decide if this was a computer, item of jewellery, a toy or (perhaps) a watch, the importer would certainly have liked to have a binding advance ruling at hand.
#2: Global value chains. Businesses increasingly trade in intermediate goods, with a growing share of intra-company trade. Within logistics expenditures, companies spend more on transport, reducing their inventory holdings. Ideally, deliveries are just in time, and waiting times at the border are either zero or at least predictable.
Any trade facilitation measure that helps to plan and speed up processes, such as pre-arrival processing (Article 7.1 of the TFA), separation of release and clearance (Article 7.3) or the publication of average release times (Article 7.6), is increasingly important for a country’s participation in global value chains.

The trade facilitation agreement specifically includes freedom of transit (Article 11), inter-agency collaboration (Article 8) and customs cooperation (Article 12). The benefits of such measures not only accrue from making trade and transit easier, but also from the regional collaboration efforts that are necessary during their implementation. One of the beauties of the multilateral TFA is that it can help regional integration without requiring a spaghetti bowl of RTAs.

#4: Globalization. The world is flat. In parallel to the growing intra-regional trade (see above), we also observe a diversification of trading partners, including an intensifying South-South trade.

The more businesses want to sell and source abroad, the more they benefit from trade facilitation measures such as internet publication (Article 1.2) or the use of international standards (Article 10.3). In fact, by its pure entry into force, the World Trade Organization agreement in itself helps to standardize and harmonize terminologies and expectations as regards cross-border procedures and documents.

#5: Enforcement and revenue collection. An unfortunate frequent misconception is that of a “balance” or “trade-off” between trade facilitation and risks to the public interest. Please do not believe it. Trade facilitation and the protection of the public from lost revenues or health hazards are not competing policy objectives. On the contrary, a large number of specific trade-facilitation measures clearly help both the ease of doing business and the fight against under-valuation, counterfeit trade or smuggling.

Measures such as advance lodging of information (Article 7.1 of the TFA), post clearance audits (Article 7.5), authorized operators (7.7), risk management (7.4) and many more, not only reduce the need for physical inspections, but also increase the likelihood of catching the bad guys. The more we care about protection and revenue collection, the more we should aim at ratifying and implementing the trade facilitation agreement.

#6: E-Commerce. Be it B2B (business to business) or B2C (business to consumer), more and more often trade involves frequent and small deliveries. The internet has practically no borders.
Specifically, the facilitation of expedited shipments (Article 7.8) is of interest to those of us who buy online.

#7: Development. Beyond the benefits of trade facilitation for trade, practically all specific measures included in the TFA are good for development on their own right. The main reason why I am personally such an enthusiastic supporter of the TFA is that its implementation entails a direct impact on the development of nations. “Development” is more than just GDP per capita; it includes good governance, entrepreneurship and the transition of the informal sector to participate in the formal economy. It also includes the development of human and institutional capacities; and it includes transparency, respect and dignity. I consider it against human dignity if humans have to wait, follow cumbersome procedures or fill out duplicate forms when we know it’s not necessary.
Specific TFA articles help achieve specific Sustainable Development Goals, such as target 16.10, “public access to information”. There’s also target 9.c (“access to internet”) and target 16.5 (“reduce corruption and bribery”). Many trade facilitation measures directly help to meet SDG target 8.3, the “formalization and growth of micro, small and medium-sized enterprises”.
Is it possible?

While the seven good reasons above illustrate the growing demand for trade facilitation, we also benefit from the supply of new tools. Measures such as “single window”, electronic documents or cargo tracking are all easier to implement today than when the facilitation negotiations started at the WTO a decade ago.
Setting up an enquiry point, training customs officers, automating procedures or drafting new regulations all require an initial investment. As regards the subsequent maintenance costs, these should actually be negative – i.e. the improved revenue collection and the cost savings made after the up-front investment outweigh the potential maintenance costs. Also, it is perfectly possible to charge for services such as advance rulings or the use of a single window. In total, if planned well, the human and monetary benefits of TFA implementation will outweigh the costs.

Ratifying the TFA is a huge opportunity. Apart from anything else, it entails the possibility of taking advantage of a range of dedicated capacity-building and private-sector development programmes of the WCO, UNCTAD, the ITC, the GATF and many other agencies and bilateral donors. Ratification is the responsibility of governments, but support and investment is also an opportunity for the private sector: one not to be missed.