In the small fishing town of Ísafjörður, Iceland, an exciting development in road safety has just popped up – almost literally.

A new pedestrian crossing has been painted that appears to be 3D by way of a cleverly-detailed optical illusion.

Not only does the innovative design give foot-travelers the feeling of walking on air, it also gets the attention of drivers, who will be sure to slow down their speed once they spot the seemingly floating ‘zebra stripes.’ Icelandic environmental commissioner Ralf Trylla called for its placement in Ísafjörður after seeing a similar project being carried out in New Delhi, India. With the help of street painting company Vegmálun GÍH, his vision became a reality. 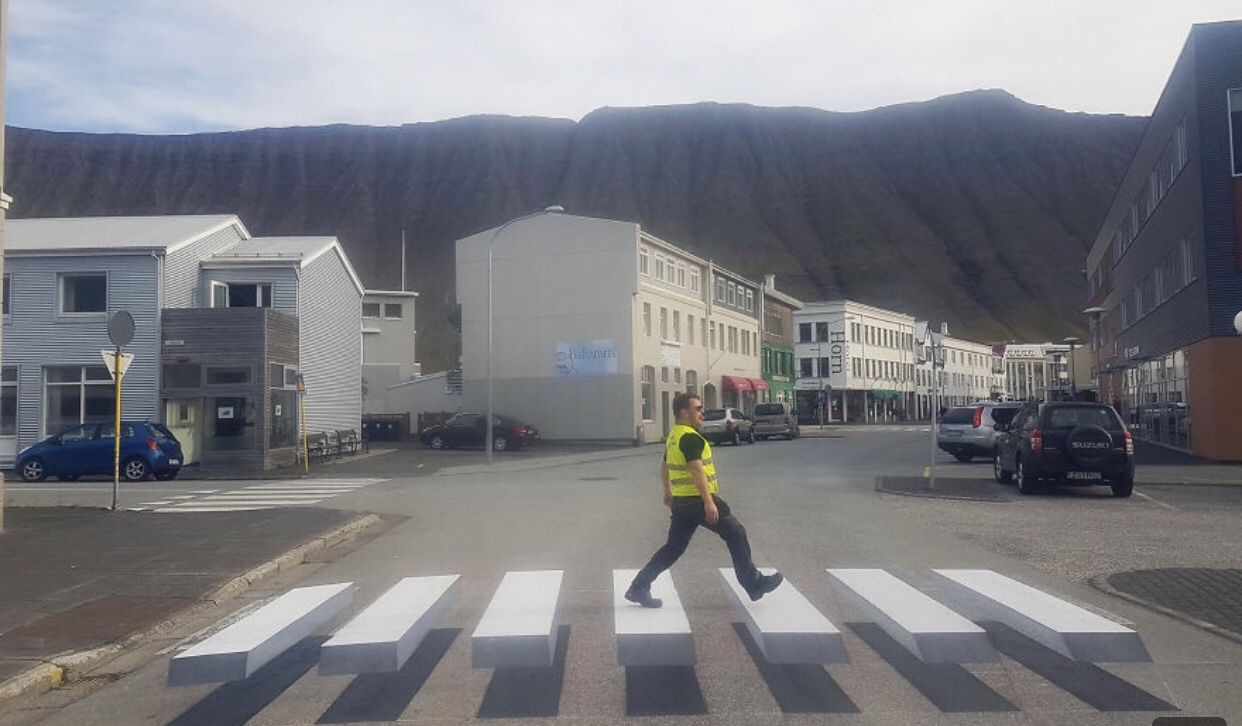 Look at the amazing photos of the fascinating installment taken by Ágúst G. Atlason of Gústi Productions. Maybe you should ask for these crosswalks in your own city too.

What have the UK and Switzerland agreed on trade post-Brexit?

What have the UK and Switzerland agreed on their trade relationship post-Brexit?

The text(s) of the agreement(s) signed on February 11, 2019 is(are) not available publicly but there are interesting insights in a Swiss government information sheet, prepared mainly for Swiss companies, and dealing only with trade in goods, not services. 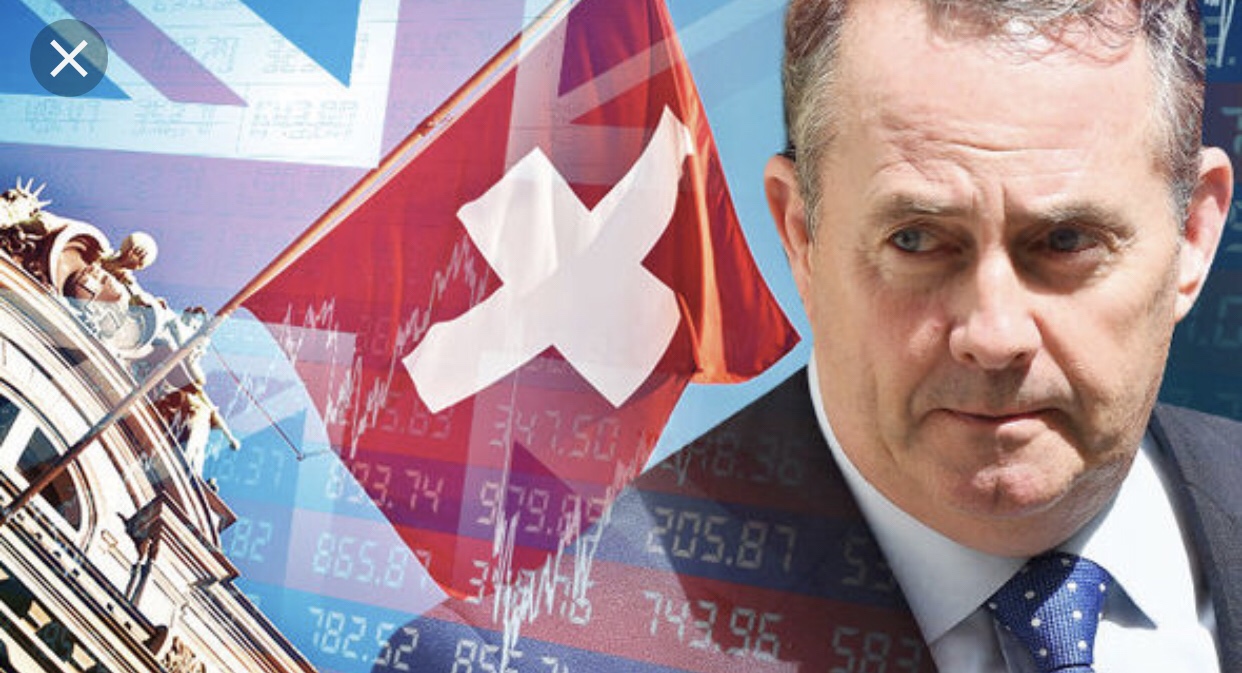 A key point to make is that this is not exactly “rolling over” to the UK the present Swiss-EU trade relationship. It only looks at two situations: a transition under the Withdrawal Agreement, but not beyond; and the UK’s disorderly exit from the EU if there is no deal.

The Press releases of the February 11 reveals that UK now calls it a “trade continuity agreement”, whereas two months earlier it described it as a “transition” to an eventual deal.

The Economic Affairs Ministry’s main pages linking to the information sheets (the latest versions) and are available in French, German and Italian. The English page links to the German version.

The information sheet goes through a number of relevant agreements. In each case it looks at “deal” (the UK leaves with the Withdrawal Agreement and transition), and “no deal”. “Deal” only looks at the transition, not beyond.

Among the most extensive revisions in the February 11 version are in the section on rules of origin with “no deal”, and the removal of “double no deal” in government procurement.

Worth looklng into (for all of us nerds).

Britain has signed a trade continuity agreement with Switzerland to avoid disruption for thousands of businesses post-Brexit, less than 50 days before the UK is due to leave the EU.

The Department for International Trade said the agreement would maintain UK-Swiss trade under the preferential terms currently available to both countries through an EU free trade deal. 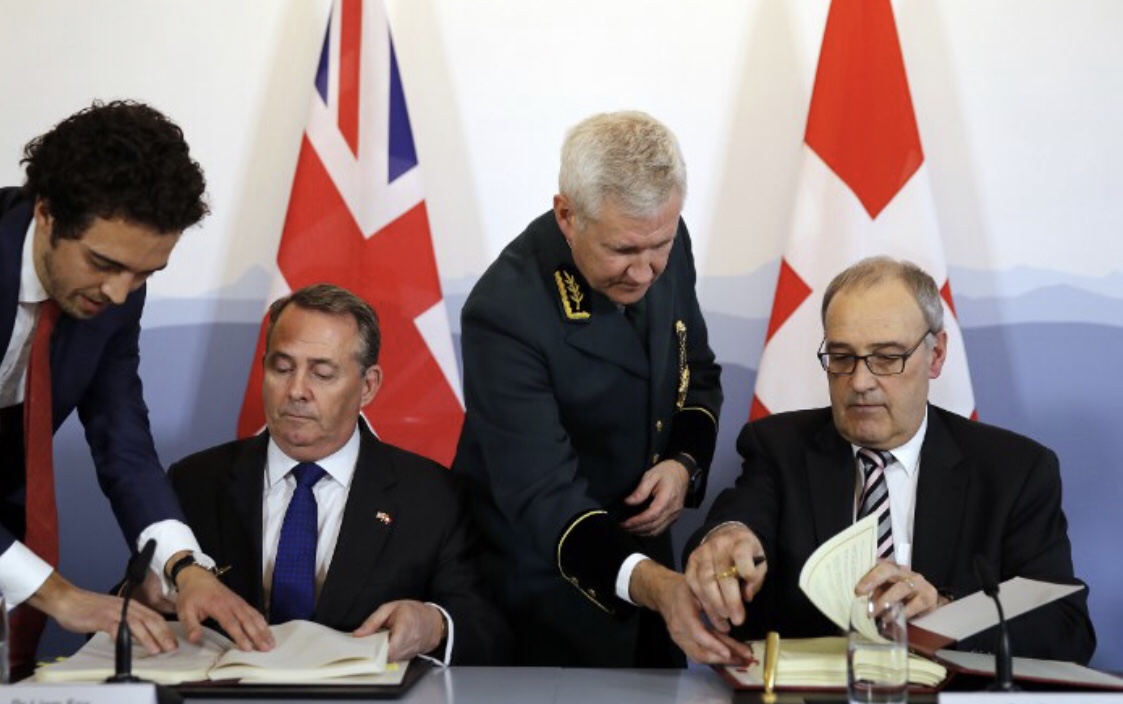 It comes as ministers rush to ensure the continuity of about 40 free trade deals held by the EU covering more than 70 countries, which Britain currently has access to via EU membership but will lose after Brexit.

Ministers have conceded in private meetings with business leaders that they will not be able to replace all of the deals before the Brexit deadline on 29 March, meaning a large proportion of UK exports could shift to World Trade Organization rules. This would mean higher border tariffs and extra costs for companies in Britain and abroad.

Japan has sought to extract hefty concessions from Britain before Brexit, while talks with many nations have been delayed by the lack of clarity over Britain’s future trading relationship with the EU.

The trade between Britain and the countries and regions covered by the EU free trade agreements amounts to about 14% of all UK goods imports and exports each year, worth as much as £117bn in 2017. 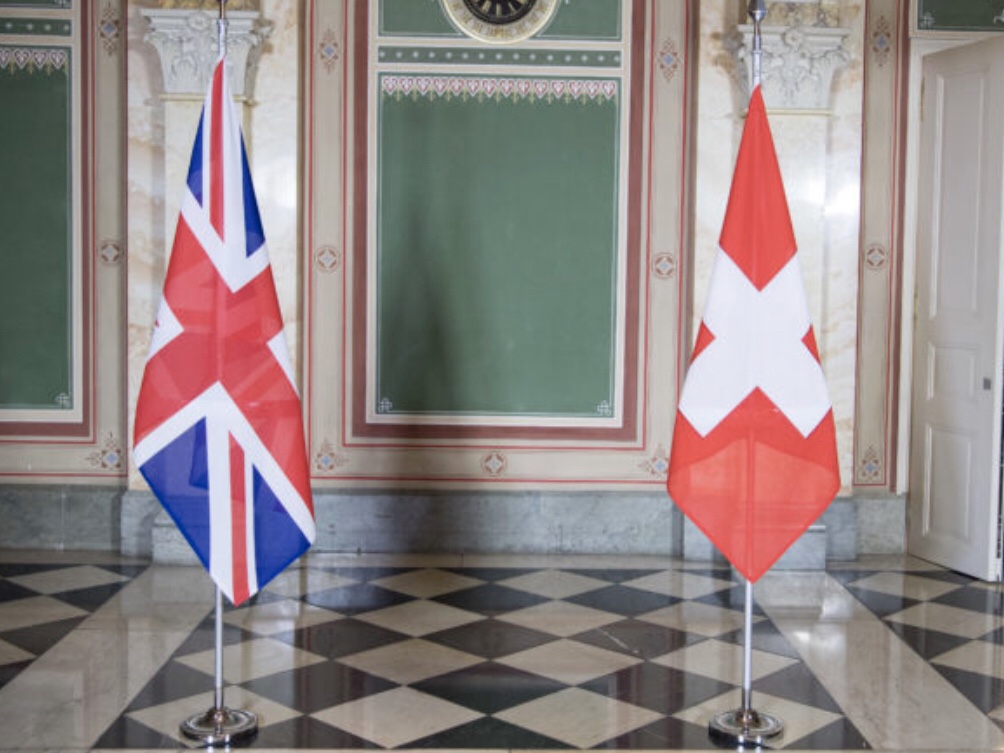 Signing the Swiss trade continuity deal will enable ministers to declare that progress is being made, but deals with major trading partners including Canada, South Korea and Japan remain to be signed.

Britain has agreed mutual recognition trade deals with Australia and New Zealand, as well as trade continuity agreements with Switzerland, Chile, the Faroe Islands and the eastern and southern Africa trading bloc.

Liam Fox, the international trade secretary, who signed the Swiss accord in Berne on Monday with a Swiss federal councillor, Guy Parmelin, said the deal was of “huge economic importance” to Britain and would benefit 15,000 UK exporters.

“Not only will this help to support jobs throughout the UK but it will also be a solid foundation for us to build an even stronger trading relationship with Switzerland as we leave the EU,” Fox said.

The deal simplifies trade and allows businesses in both countries to continue trading freely after Brexit without any additional tariffs, as is currently the case as part of EU membership.

A spokesperson for the Department for International Trade said: “Our priority is to avoid disruption to our global trading relationships as we leave the European Union and we are seeking continuity for existing free trade agreements.”