Sky News reports that Sir Graham Brady says “the whole country is tired” and that people should back the PM “when the right compromise is offered”.

This means, according to Sky News, that Theresa May has received a major Brexit boost ahead of key Commons votes with an endorsement of her deal from the Tories’ backbench leader. 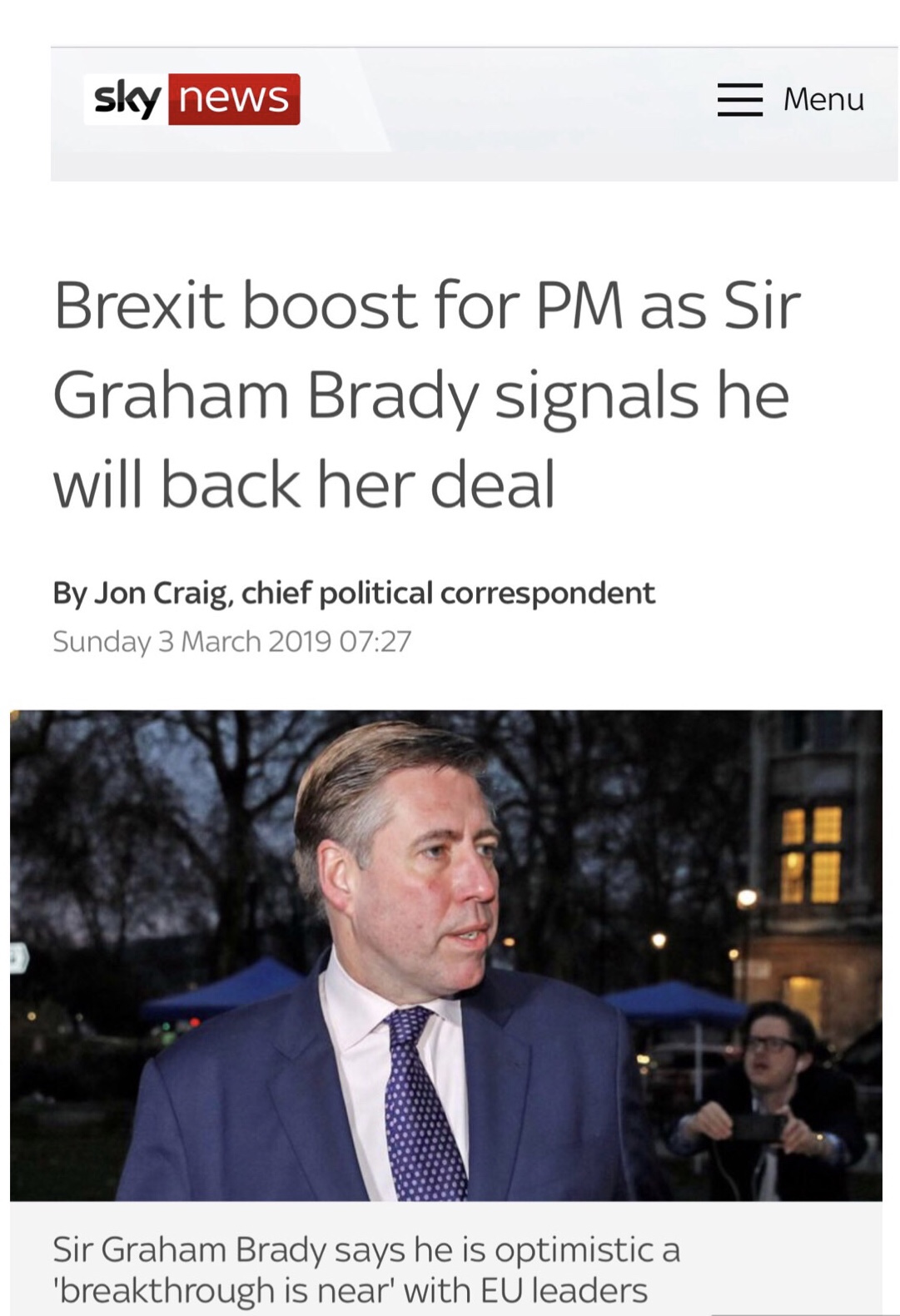 Sir Graham Brady is the powerful chairman of the 1922 Committee, and he has now said he is ready to drop his opposition to the prime minister’s contentious deal.

In a hard-hitting article in the Mail on Sunday, Sir Graham denounces the government’s handling of the Brexit negotiations as “lions led by donkeys”.

But, signalling that he is now ready to back the PM’s deal, he concludes: “The whole country is tired of vacillation and delay.

“When the right compromise is offered, we should pull together behind the Prime Minister and help her to deliver our exit from the European Union on March 29.”

Sir Graham opposed the PM’s deal when it was defeated by 230 votes in the Commons in January, and then in February successfully moved an amendment calling for “alternative arrangements” to the Irish backstop.

In his article, Sir Graham writes: “In the month since my amendment was passed, there has been constant shuttle diplomacy – the Prime Minister, Brexit Secretary and Attorney General have been locked in daily discussions to find the binding guarantee that is needed.

The season opening of Major Soccer League (MLS) offered a 2-1 victory for Galaxy at home against Chicago early this morning CET. 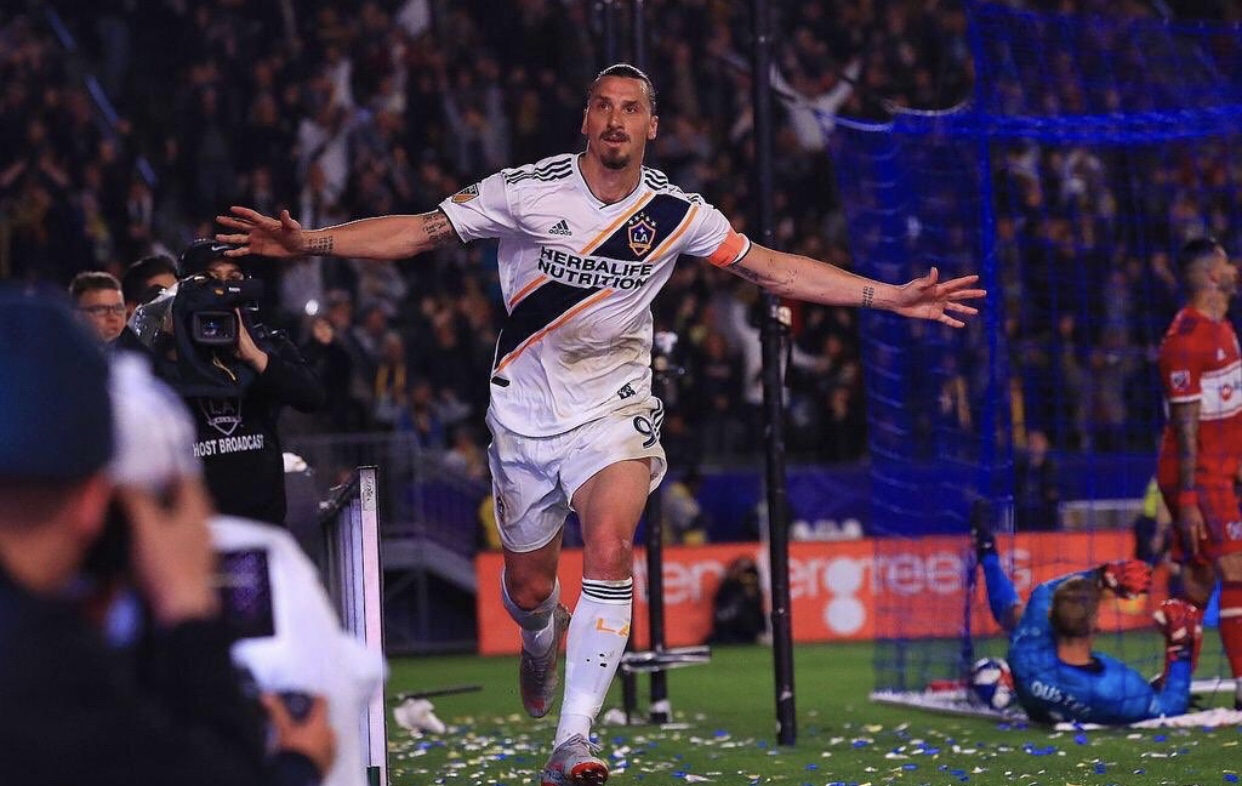 Who scored the decisive goal 10 minutes from the end if the game?

Yes. Captain Zlatan Ibrahimovic. The chase for another title is on.

Barnier: There is need for a technical extension of Article 50

The EU Brexit negotiator Michel Barnier has given an interview to newspaper El Mundo. When asked: “….is it still possible to approve and ratify the WA before March 29?”

Barnier said: “No, no. Even if May gets a “yes” an extension will be needed. It would be called motivated, technical extension (..). If it takes two months for the procedure, it would be justified ” 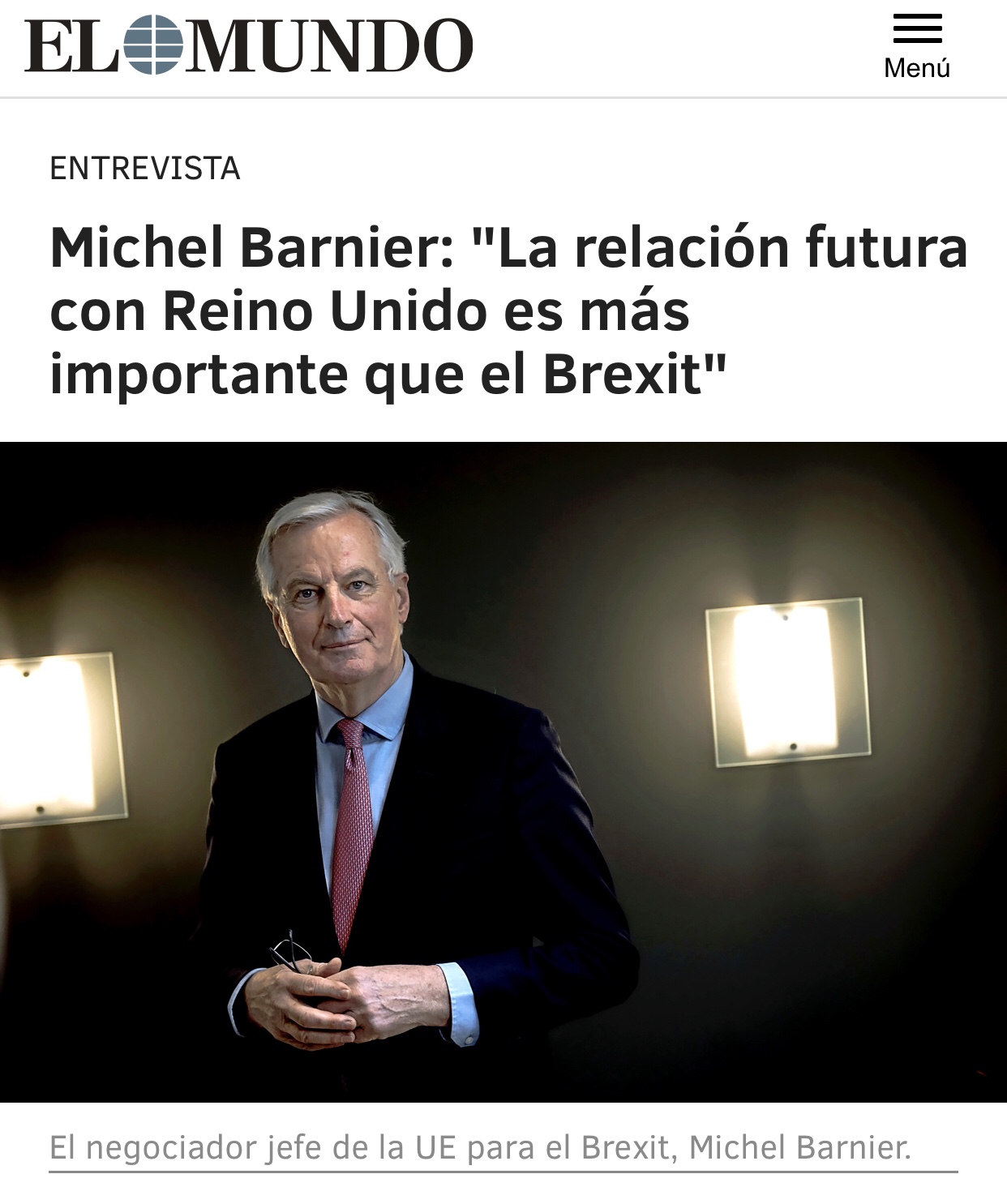 “An extension should serve to fix a problem, not to delay the solution, not to postpone the problem three or six months. We should not risk prolonging the general uncertainty in Europe beyond the May elections”.