He said if the British parliament ratified the withdrawal agreement negotiated by prime minister Theresa May next week he expected the EU would extend the Brexit deadline until the end of June, to enable the UK to wrap up technicalities. But if parliament rejected the accord a third time, Mr Coveney thought the EU might refuse to grant a longer extension. 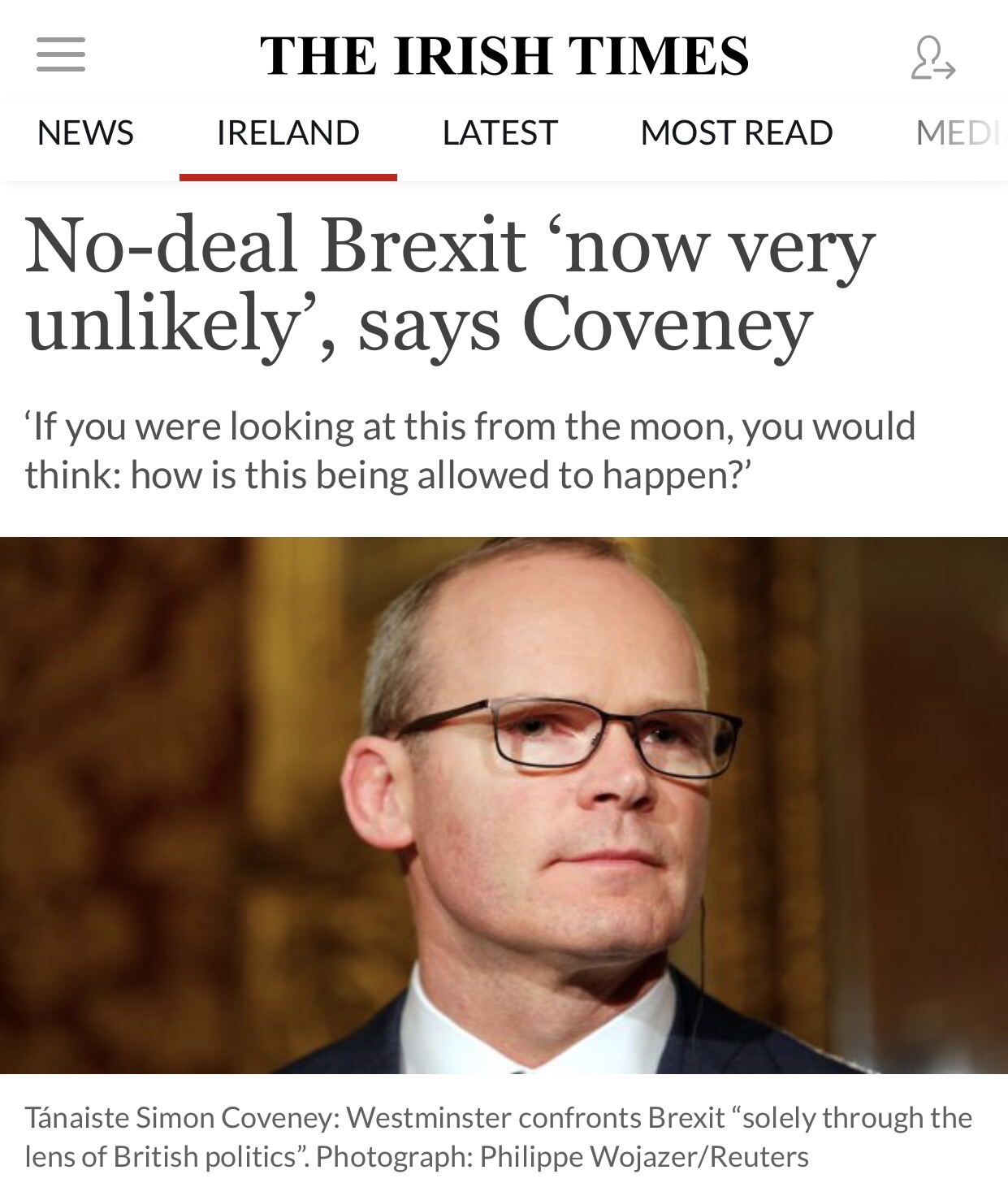 He based his prediction on the strength of this week’s vote in the House of Commons to avoid a no-deal Brexit. “But having said that, just because you vote against something doesn’t make it happen the way you want it to,” he continued. “The British parliament has to take a course of action to avoid the current default position in law, which is that they leave on the 29th of March.”

Earlier in the day, Mr Coveney expressed intense frustration over the Brexit process in a lecture to the Jacques Delors Institute.

“If you were looking at this from the moon, you would think: how is this being allowed to happen?” he said.

He spoke of “Britain negotiating with itself, over and over again on issues . . . not actually understanding there is another partner in the negotiation that is trying to facilitate Britain leaving in a way that is structured, but also takes account of legitimate concerns that the EU has”.

One-sidedness has created ill feeling, the Tánaiste continued, “Often what is seen as EU intransigence or lack of flexibility towards Britain’s asks is met with shock and anger in the UK, because there has never been a proper debate and discussion around the EU perspective.”

He listed the four elements of the agreement: “A financial settlement which the UK agreed on; protecting citizens’ rights; putting a two to four year transition period which gives everyone space to negotiate a future relationship, and it’s about protecting peace on the island of Ireland. Could somebody please tell me what they object to in those four issues. . . If you actually look at what’s in the withdrawal agreement, it’s incredible to think that the agreement and the inability to ratify it is holding everything up.”

The confusion in London “causes huge disruption in many EU countries. It’s not just about the UK”, Mr Coveney said. “I am foreign minister in Ireland and I spend at least two-thirds of my time on Brexit when I should be doing other things. We as a small country are spending hundreds of millions of taxpayers’ money investing in contingency plans for a no-deal Brexit which we don’t think will happen. . .”

Mr Coveney said that if the British parliament can ratify a deal next week and seeks a short extension until June to wrap up technical details, “I think everybody would welcome that outcome. I don’t think there would be any problem in facilitating two or three months of legislative time for Westminster.”

On the other hand, if there is no deal in Westminster and Mrs May asks for a much longer extension, “I think many EU leaders will be very uncomfortable with a long extension,” the Tánaiste said. Ireland would pose no obstacle to Britain taking more time, “But we have to respect that there are other EU countries that have different perspectives.”

Mr Coveney said that Ireland and France “have always been close, but the UK’s departure brings us even closer together.”

He praised President Emmanuel Macron’s recent European initiative, saying that “No one has put more energy into formulating ideas for the renewal of Europe. People should listen to President Macron. . .There are of course some things we disagree with France on, in terms of structures within Europe. But the actual overall objective and vision, we buy into in a major way.”

Is tide turning for May? DUP considers backing PM’s deal at third vote

The Express tonight writes that DUP held “good talks” with British ministers today as they sought more assurances on the backstop, ahead of Theresa May’s deal being voted on by MPS for a third time next week. 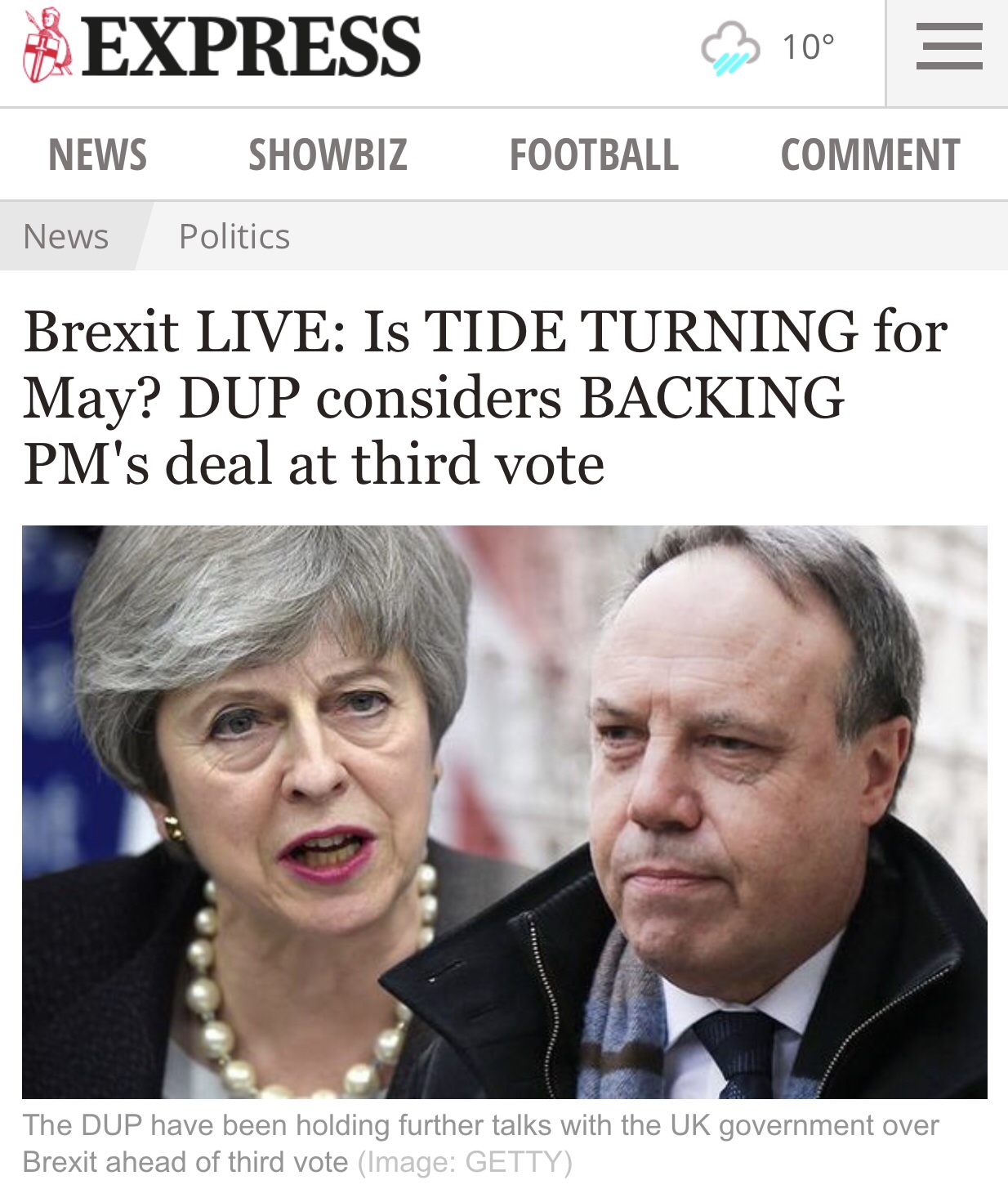 DUP held talks over the Prime Minister’s Brexit deal, amid suggestions Northern Ireland could be offered more money. Chancellor Philip Hammond was one of the senior ministers in the meeting, which lead to speculation by MPs that the government may be thinking about setting aside more money for the DUP as part of its “confidence and supply” agreement.

You can read the article here; Is TIDE TURNING for May? DUP considers BACKING PM’s deal at third vote

There has been a lot of Brexit talks about the UK-EU landborder on the island of Ireland over the last years. This is understandable.

However, UK has another landborder with EU – namely Gibraltar. The Gibraltar-EU Spaon border is from a strictly a Customs technical perspective one of the lost interesting borders of Europe, even the world. In a very short border distance there is all the chaplengesnof a border, goods transports, cars and motorbikes, travellers (walking), air, cruisers, sailboats and freight ships. There are certainly also other complications and challenges as well on this specific border. 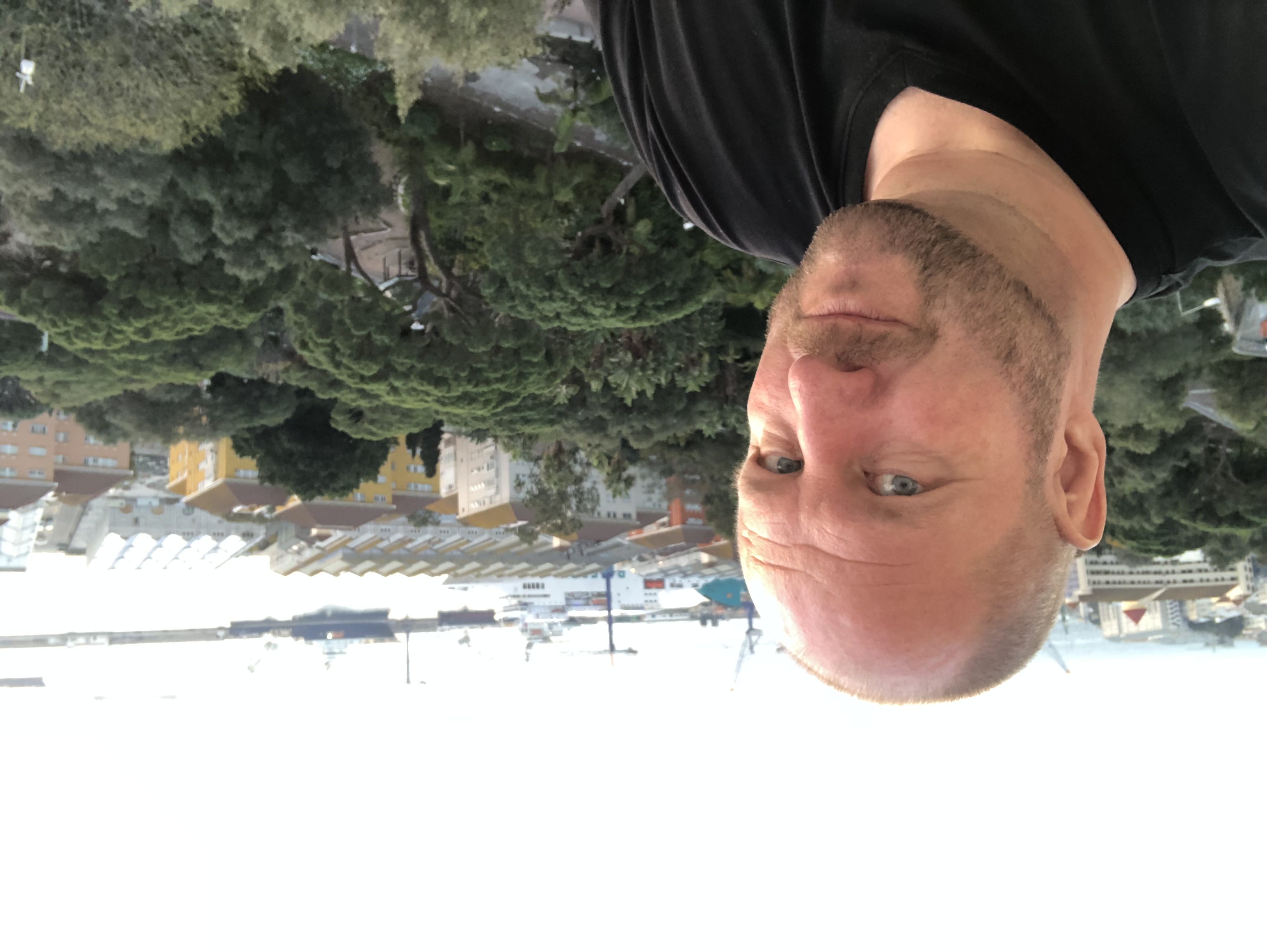 I was invited as international Customs expert to Gibraltar Government and Gibraltar Customs to discuss Brexit and I have been in Gibraltar Monday-Tuesday this week for those discussions. I have worked with Gibraltar Government before and it is always a pleasure to visit and interact with the very competent Government officials and the Customs administration. 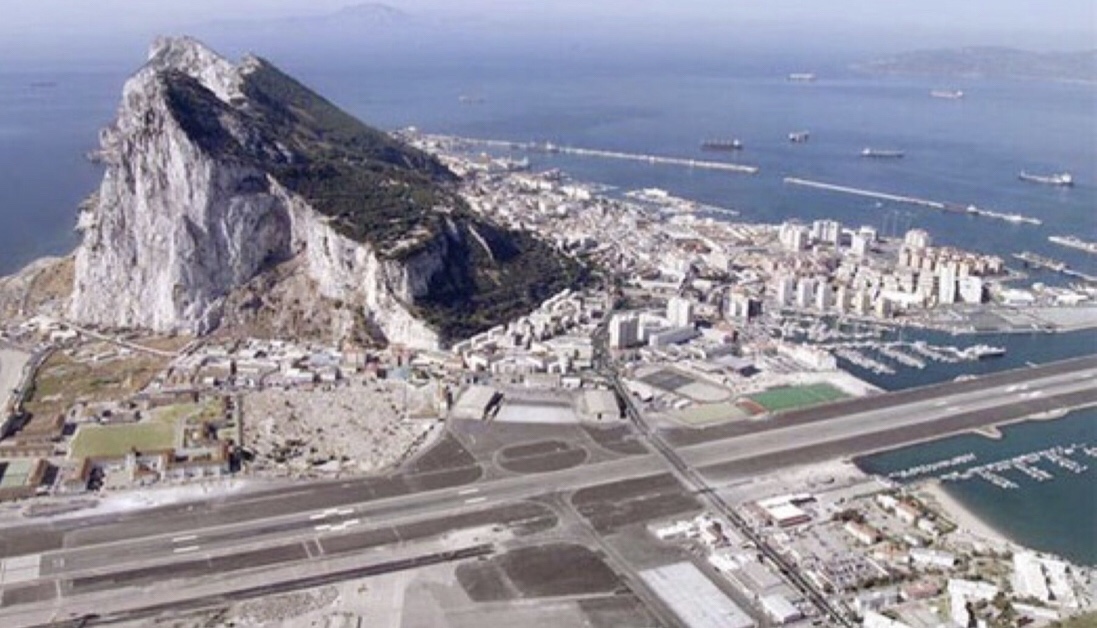 I was also asked to yesterday deliver an interactive workshop session for Customs Service Providers at the University of Gibralta. 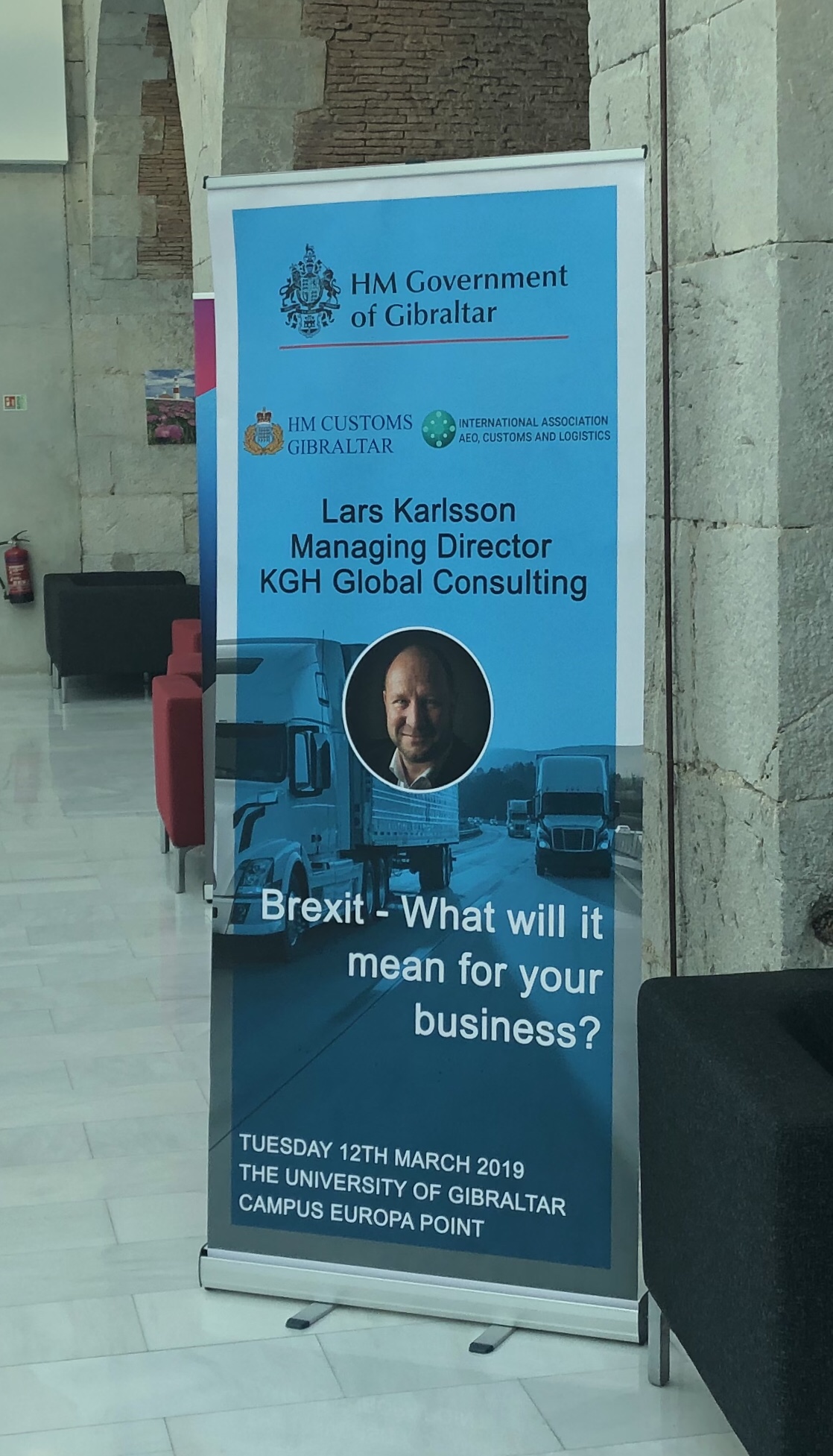 In the afternoon I delivered a Key Note Speech to Gibraltar Private Sector and business at a seminar organized by Gibraltar Government, Gibraltar Customs, the International Association of AEO, Customs and Logistics and University of Gibraltar. 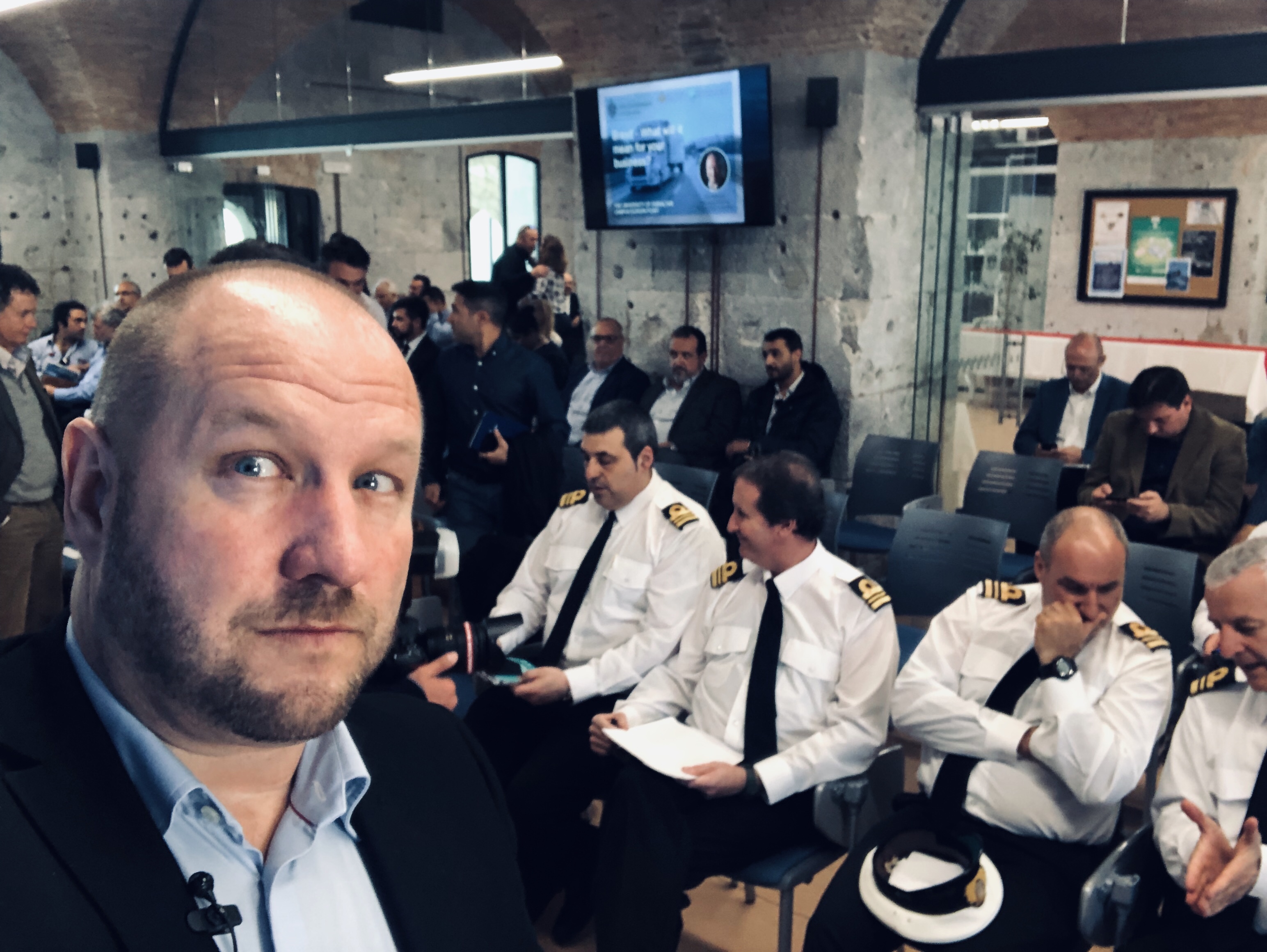 We had a full house with more than 120 private sector leaders in the beautiful University building.

The seminar was very well organized and a great success. 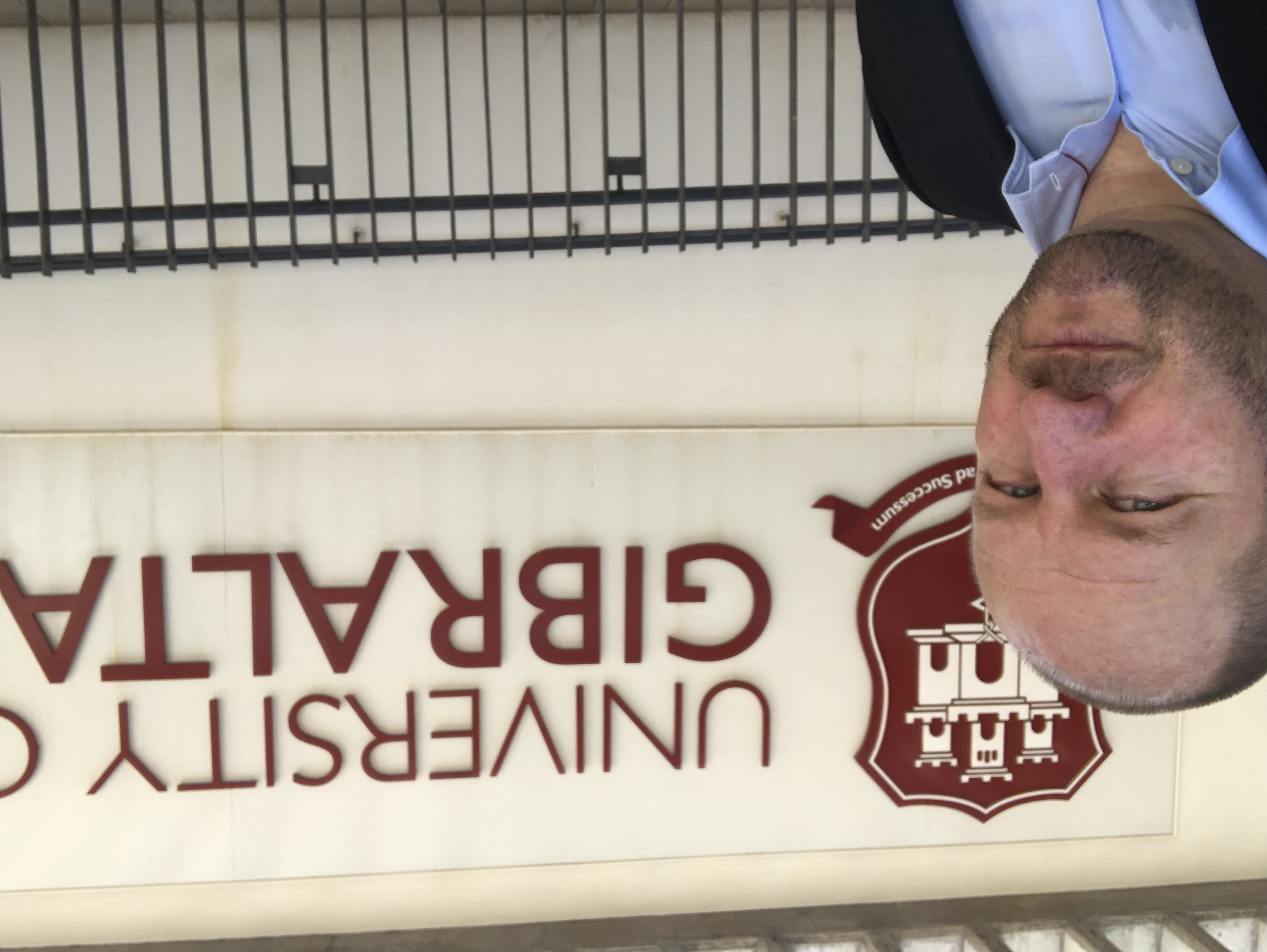 Deputy Chief Minister Garcia opened the event, Collector John Rodriguez made an introductory remark and ghen I held a 90 minutes speech and presentation follwed by an interactive Q and A session. We recoved many relavant and good questions.

After the long day with great meetings we finalized this visit with a dinner at the hotel, together with Customs Collector John Rodriguez, Laura Pujol from the International Association for AEO, Customs and Logistics. 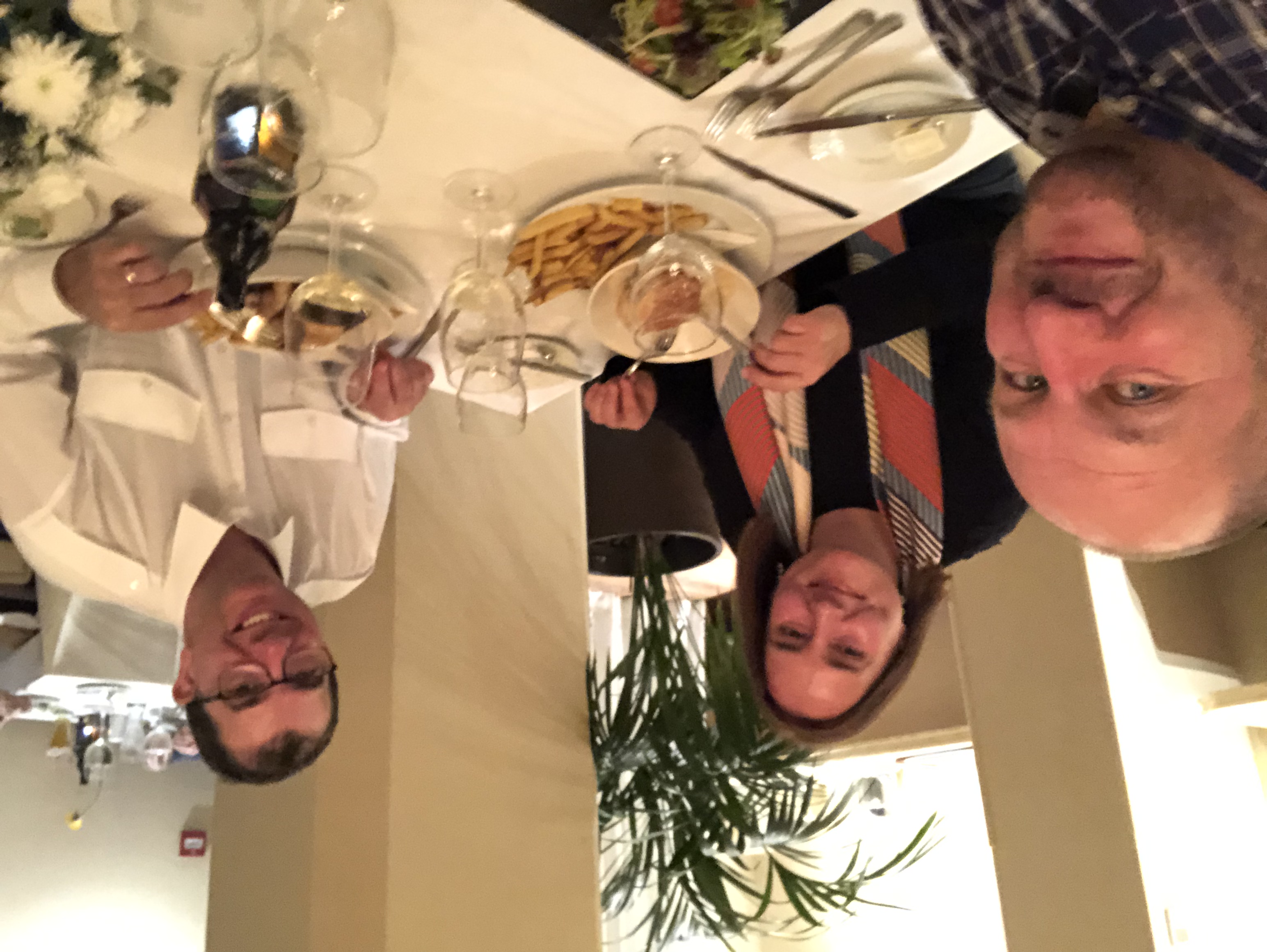 I hope to be able to return soon to Gibraltar. I am dedicated to help out with the next steps of the process.