”The man who complicated Brexit”

The man who complicates Brexit. This is the headline of the French speaking Belgian news channel I watch in Brussels this morning, showing John Bercow making reference to the House rule book and stopping a third vote on the Withdrawal Agreement in its present shape. 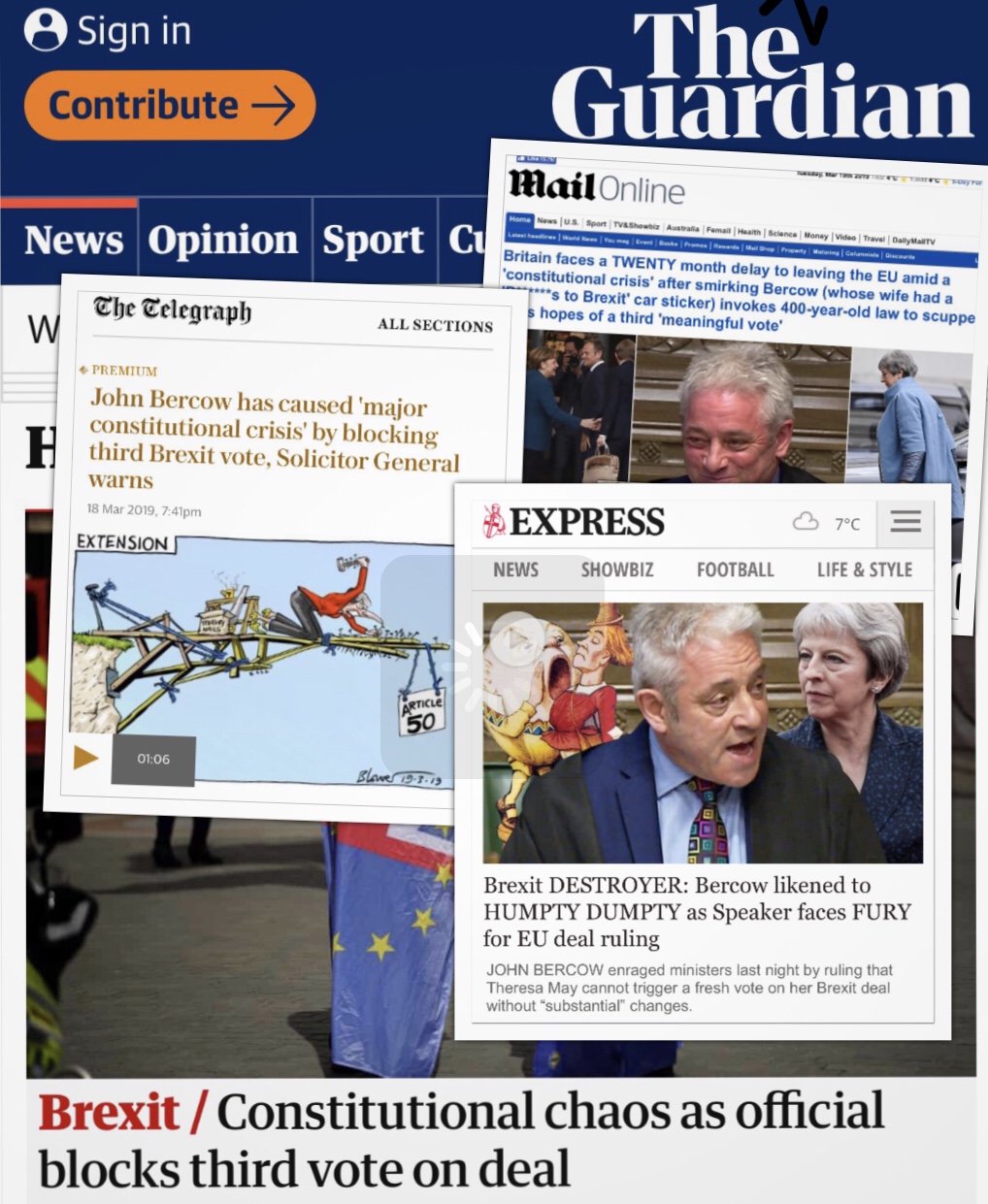 The general feeling everywhere, also in United Kingdom this morning – even though I realize that there are people celebrating Bercows decision – is that if there were one thing about Brexit them it was that it doesn’t need to become more complicated than it already is.

Was anybody really surprised that Bercow was a man that could see himself play in a larger role here? Right or wrong, I have no idea. The rulebook is there and the speaker has the role to interpret it, it is just the timing of this intervention that is interesting.

This will become the most scary thriller this season. But in real life.

Breaking News: Bercow has ruled, no MV3 for now

The UK Parliament, House of Commons, Speaker John Bercow quotes Erskine May, whichbis the parliamentary rulebook, and says that a third Menaingful Vote can’t be held on the same deal, the motion must be ”substancailly different”.

With 10 days to hard no-deal Brexit. This will have a major impact on the Brexit process goong forward. 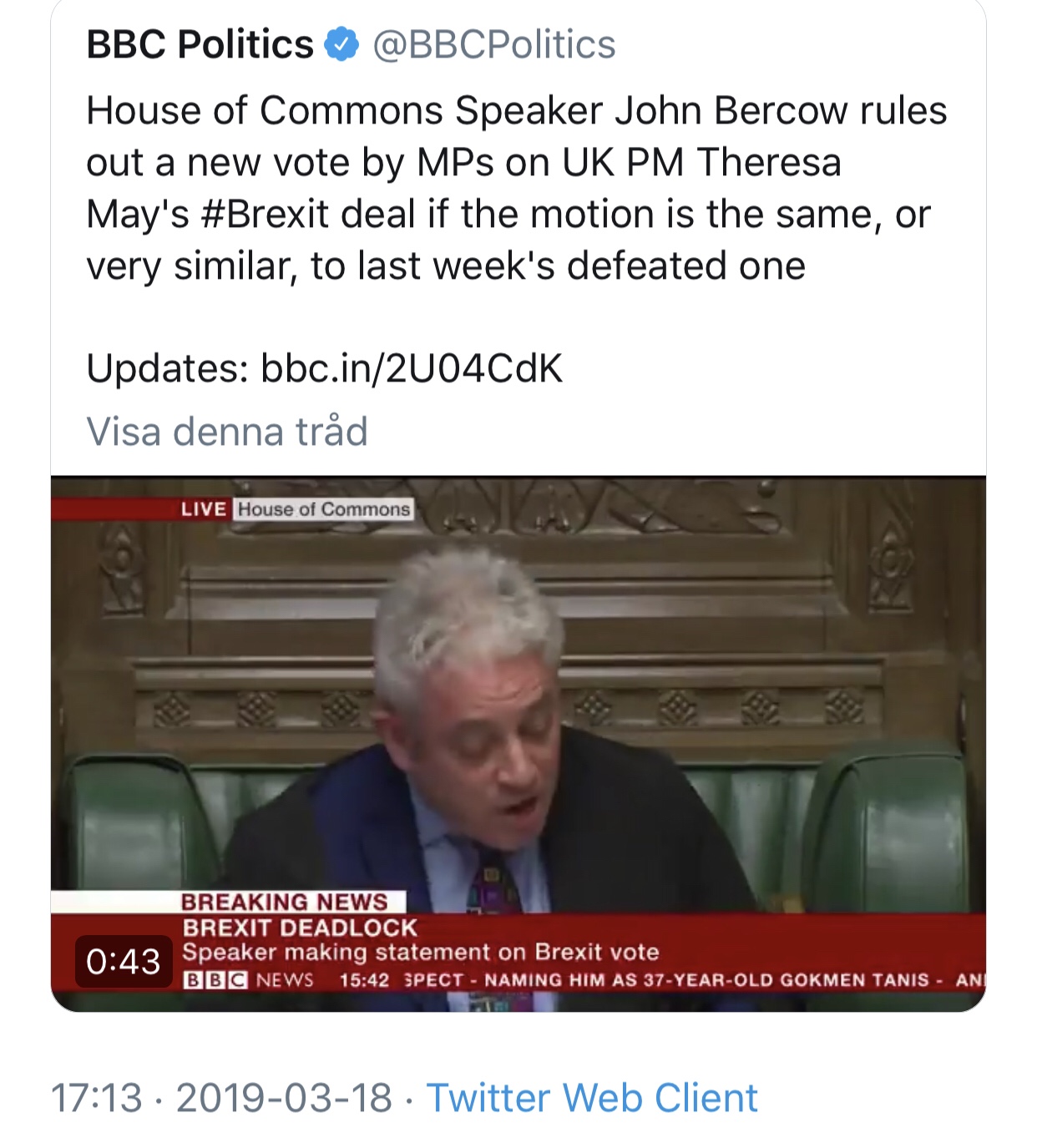 John Bercow has ruled out another vote on the government’s previously rejected Brexit agreement if the motion remains “substantially the same”.

He told MPs parliamentary conventions dating back to 1604 meant they could not be asked to vote on precisely the same subject twice in the same session.

Mr Bercow’s ruling came as the government considers a third attempt to get the deal through Parliament.

He said the second vote on the prime minister’s deal last week was “in order” but any further votes must pass the “test” he had set out in order to be allowed.

BBC’s Laura Kuenssberg said the Speaker’s intervention could have a “massive” impact on the Brexit process – with 11 days to go before the UK is scheduled to leave the EU on 29 March.

Mr Bercow made his ruling in response to what he said were concerns from MPs across Parliament that the government intended to “bring the same deal back to the House ad infinitum” and ask them to “repeatedly pronounce on fundamentally the same proposition”.

Last week’s second vote on the deal had not fallen foul of parliamentary conventions, he made clear.

This was because the government had secured “legal changes” to its existing agreement with the EU, set out in three new documents, and therefore what MPs had been asked to consider was different from the agreement rejected by 230 votes in January.

This convention, he added, was “necessary to ensure the sensible use of the House’s time and the proper respect for the decisions it takes”.

Pressed on what future votes would be allowed, Mr Bercow said would make an “honest assessment” when the time came and the ruling should be not be regarded as final.