Two days this week the KGH Group Executive Management Team is meeting in Fiskebäckskil on the Swedish west coast to plan the future. 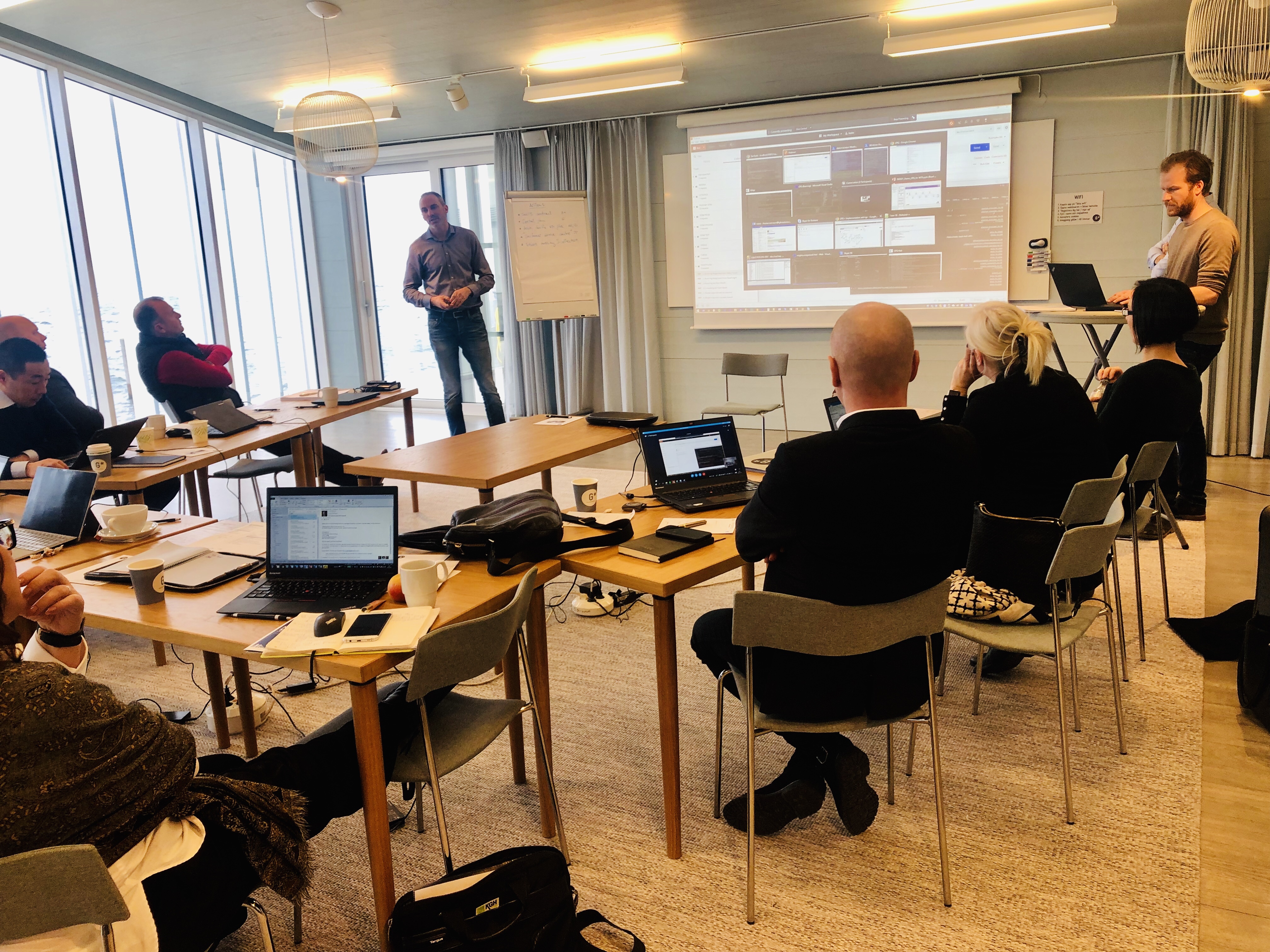 Customs and borders have never been more important and with trade wars and Brexit we have as market leaders many contacts every day with worried clients, traders and other supply chain stakeholders. We try to help as many as possible. 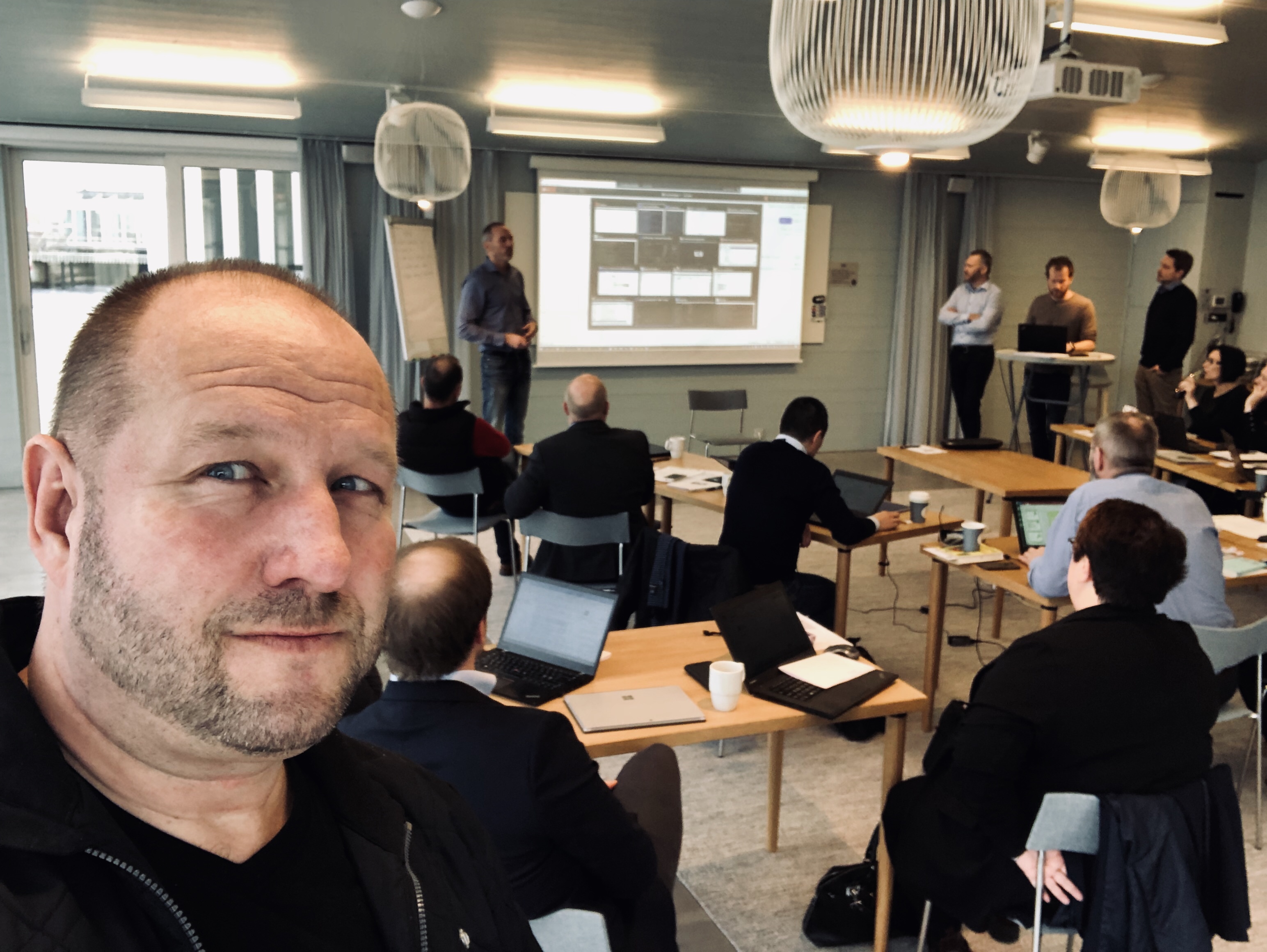 These days we meet to make sure we are fully prepared for any Brexit scenario and I am happy to say that we are. 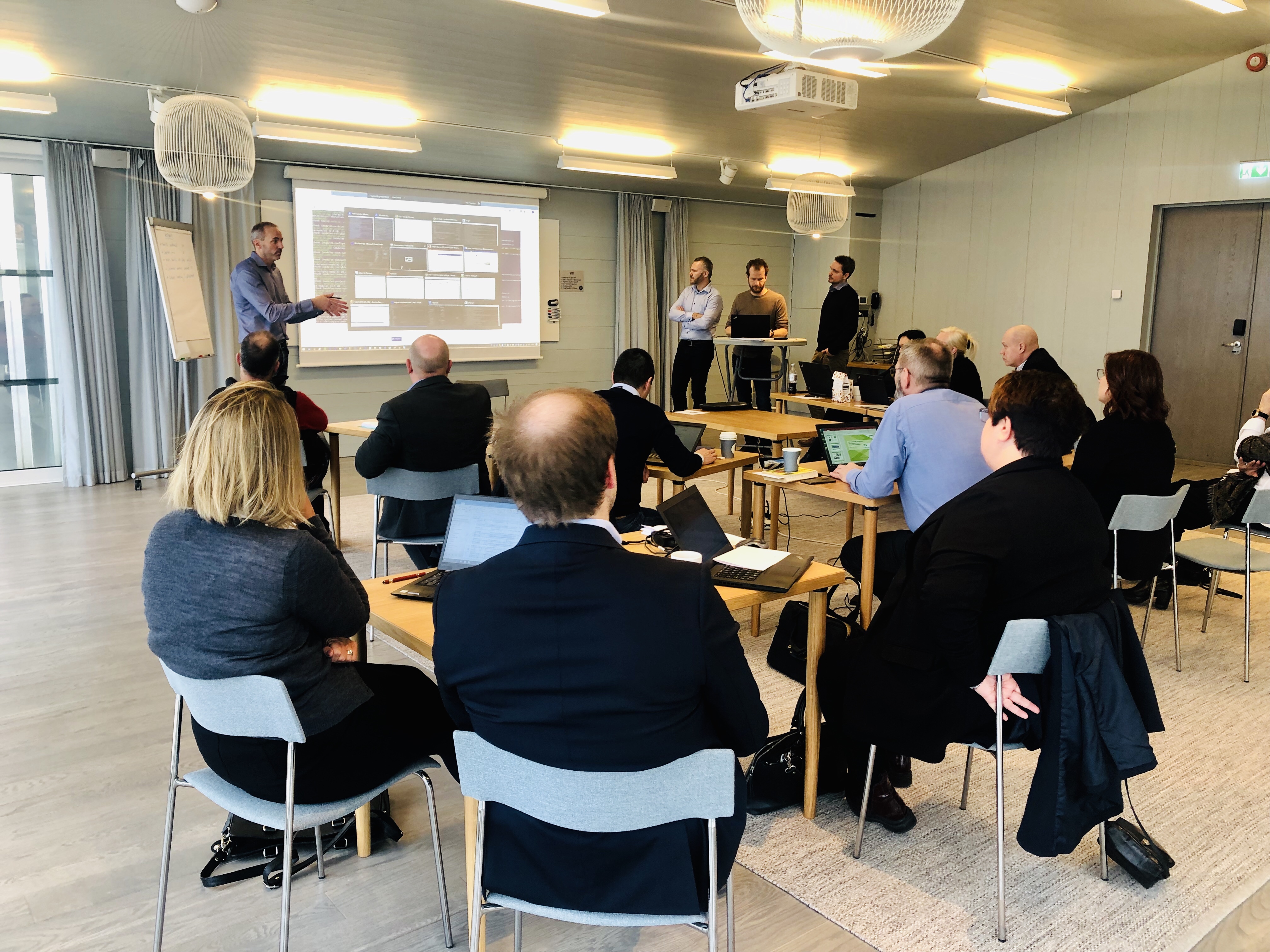 We are the largest independent service provider in Europe and our clients are our number on priority.

Capacity in our sector, Customs-Trade-Borders, will become one of the major challenges in a no deal Brexit scenario.

We have a well developed strategy on how to support traders next week or after a delay period, alternatively a deal transition period.

The UK could be offered a Brexit delay to 22 May on the condition MPs approve the PM’s deal next week, a draft European Council document says. 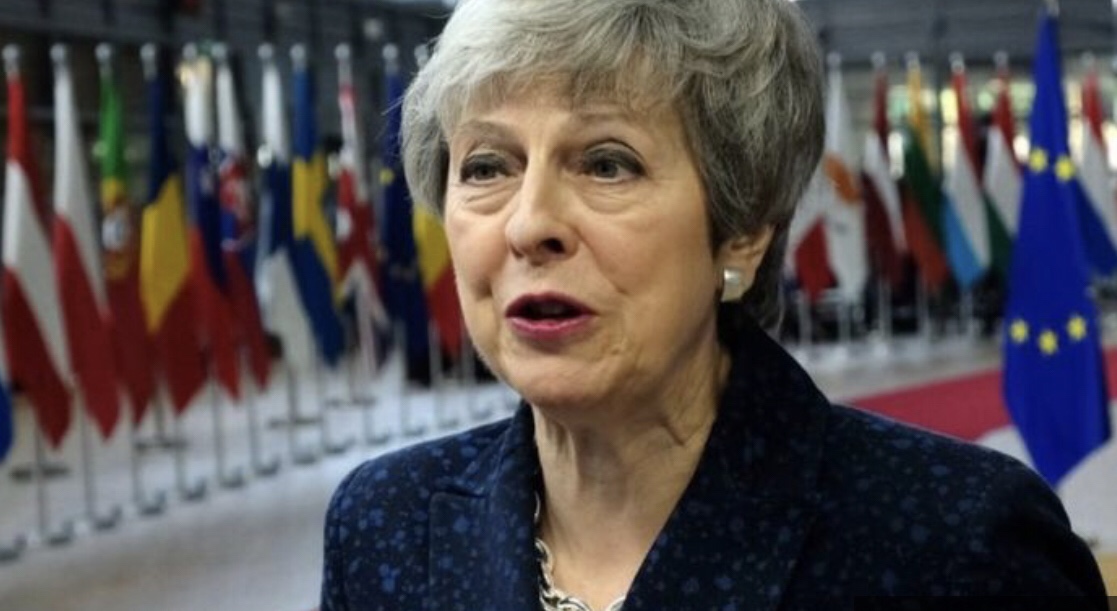 EU leaders are still in discussions in Brussels over the UK’s request to postpone the 29 March exit date by three months.

However there have been reports that an extension could be offered until 7 May only.

The draft document says no extension is possible beyond the European elections.

In Brussels, Prime Minister Theresa May spoke to leaders to try to get their backing for a delay, after MPs twice rejected the withdrawal deal she has negotiated with the European Union.

She has told European Council President Donald Tusk that she needs more time to get her deal agreed by MPs and passed into law.

The BBC’s Brussels correspondent Adam Fleming said Mrs May had spoken to EU leaders for 90 minutes and was asked several times what her contingency plans were if she lost the third “meaningful vote” on her deal in Parliament.

He said he had been told that EU leaders were now discussing an extension to 7 May instead.

The BBC’s Europe editor Katya Adler said she had been told that a short extension until 7 May will be offered, unless by 11 April the UK says it will take part in European Parliamentary elections, in which case the delay could be until the end of the year.

French President Emmanuel Macron has warned that if MPs vote down Mrs May’s EU withdrawal agreement next week, the UK will leave without a deal. 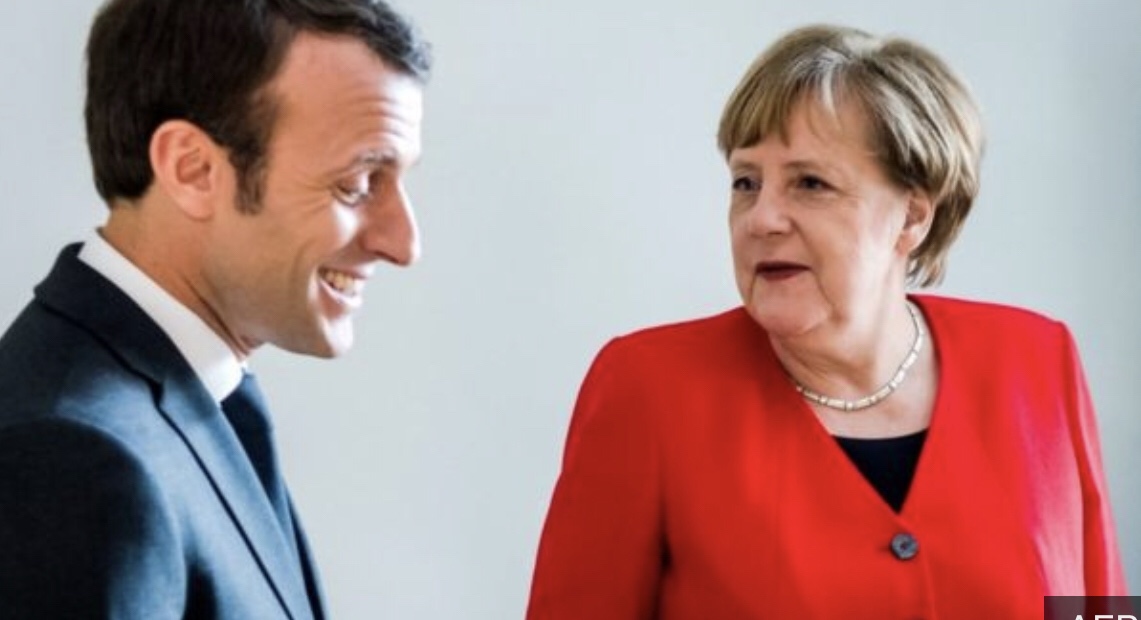 “In the case of a negative British vote then we’d be heading to a no deal. We all know it. And it’s essential to be clear in these days and moments,” said Mr Macron as he arrived at the summit.

EU Brexit negotiator Michel Barnier said that a short Brexit delay “should be conditional on a positive vote next week in the House of Commons”.

“We have done our best, now the solution is in London,” he said.

Five places Brexit could leave Britain by the end of March

With just 10 days to go until the UK is due to leave the EU and still no deal ratified, that crisis could be resolved or deepen even further.

It all hinges on Prime Minister Theresa May, and her discussions with the EU about delaying Brexit. 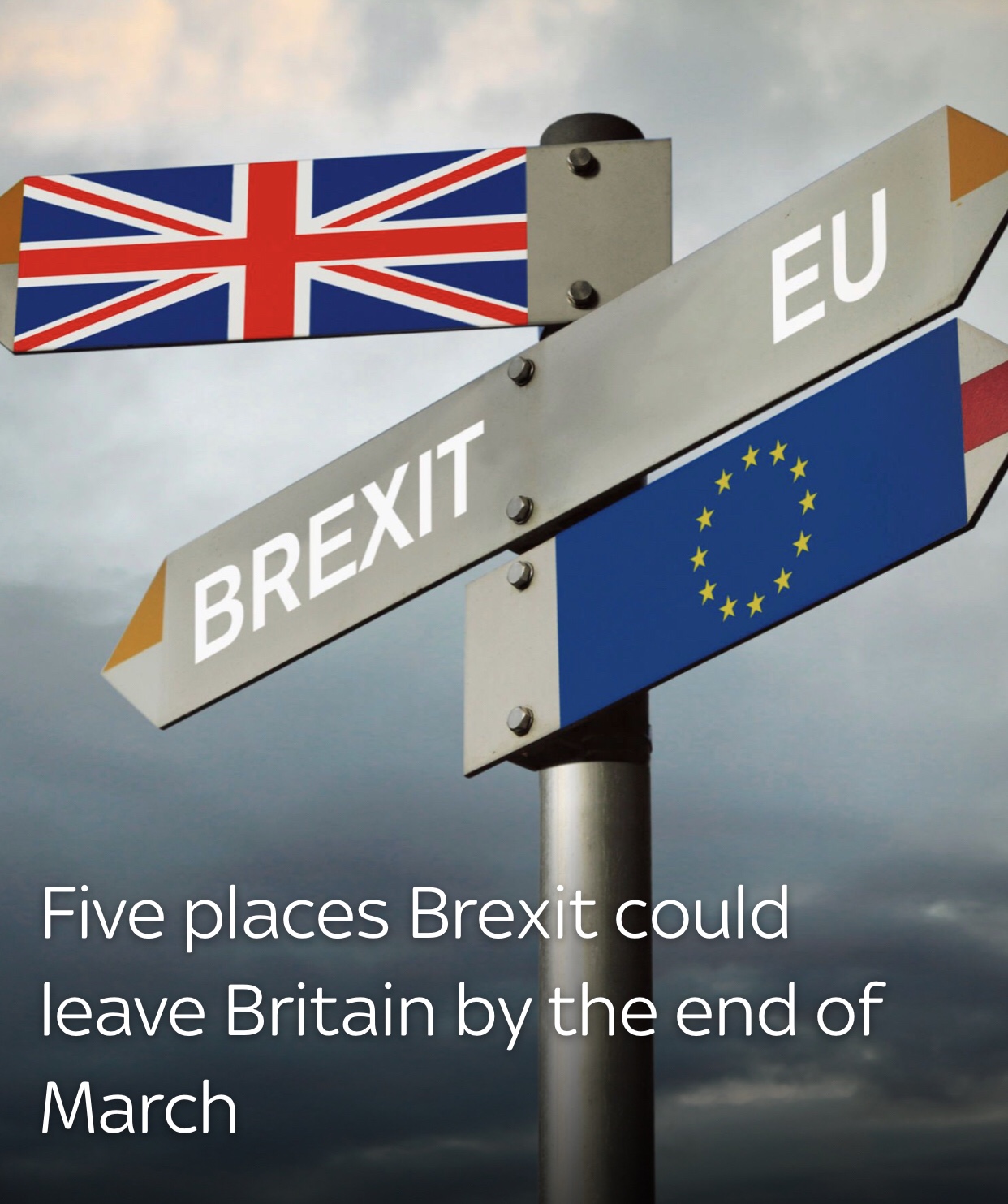 Most people, including her own Cabinet ministers, are not sure which direction the country will head in as the clock ticks down further to exit day.

But there are only a few options at stake, so Sky News takes you through the five places Brexit could leave Britain by the end of March.

There is a chance Mrs May could bring another meaningful vote on her Brexit deal next week.

After the Commons Speaker cited an old parliamentary rule that blocks MPs being forced to vote on the same issue repeatedly in a short space of time, she could return from a Brussels summit this week claiming changes to the divorce deal.

That would allow her to bring it back to Westminster again and hope the political message of a long delay to Brexit is enough of a deterrent to get her own backbenchers to support the deal.

She still has quite the journey, though.

Only three MPs have publicly confirmed they will back the deal, out of 75 she needs to win over.

And even if the deal creeps over the line, a Brexit delay of at least three months seems almost inevitable.

If Brussels refuses to approve an extension of any type, the UK could be heading for a no-deal divorce.

Michel Barnier, the EU’s chief negotiator, said a delay was far from certain and called on people to “finalise all preparations” for no-deal.

Irish foreign minister Simon Coveney has also cautioned: “I think people would be very foolish to assume that this is just some kind of political game and that an extension will automatically be facilitated.”

No-deal is the default legal position if no agreement is in place and no delay confirmed.

Mrs May is contemplating one of two types of delay.

The first would see the UK stay a member of the EU until 30 June, to get both sides’ legal affairs in order if a Brexit deal is passed soon.

The date has been set because it falls before the European Parliament’s new sitting.

Neither side wants the UK to participate in the election, so it cuts off just before MEPs take their seats in Strasbourg.

Mrs May would first have to request such a delay, and the EU would have to accept it – both before the original Brexit date of 29 March.

The second type of delay Mrs May could request is a longer one.

Suggestions include until the end of 2019, or until when the planned transition period would run out, at the end of 2021.

Some reports have suggested the prime minister could request both a long and short delay, with the option to pull Britain out of the EU whenever a deal is eventually ratified.

But Mr Barnier shot down that suggestion on Monday, saying: “It’s either one or the other.”

There have also been claims the EU could hold a special summit next week to decide whether to accept any delay request.

These are truly exceptional times, so there are lots of other things – albeit unlikely – that could happen.

Mrs May could revoke Article 50 – the EU exit mechanism – keeping Britain in the EU as a way to avoid no-deal, even though she has previously ruled this out.

She could resign as prime minister in a bid to force the EU to delay Brexit, and try again to strengthen her grip on parliament to get her deal through.

Or she could be forced out, if Labour tables another no-confidence vote in the government and enough Conservative MPs back the move in a bid to break the Brexit logjam.

Either way, the government and parliament can’t hide from making decisions anymore with Brexit still legally just over a week away.