Sky News reported yesterday that British companies are not sufficiently prepared for No Deal Brexit.

As an example mentioned, only one third of the companies have made the registrations required to do export/import post-Brexit and to be able to make use of the simplified declaration process on November 1.

My colleague and our KGH UK consulting manager, Steve Cock, was interviewed as Brexit expert by Sky News in news. 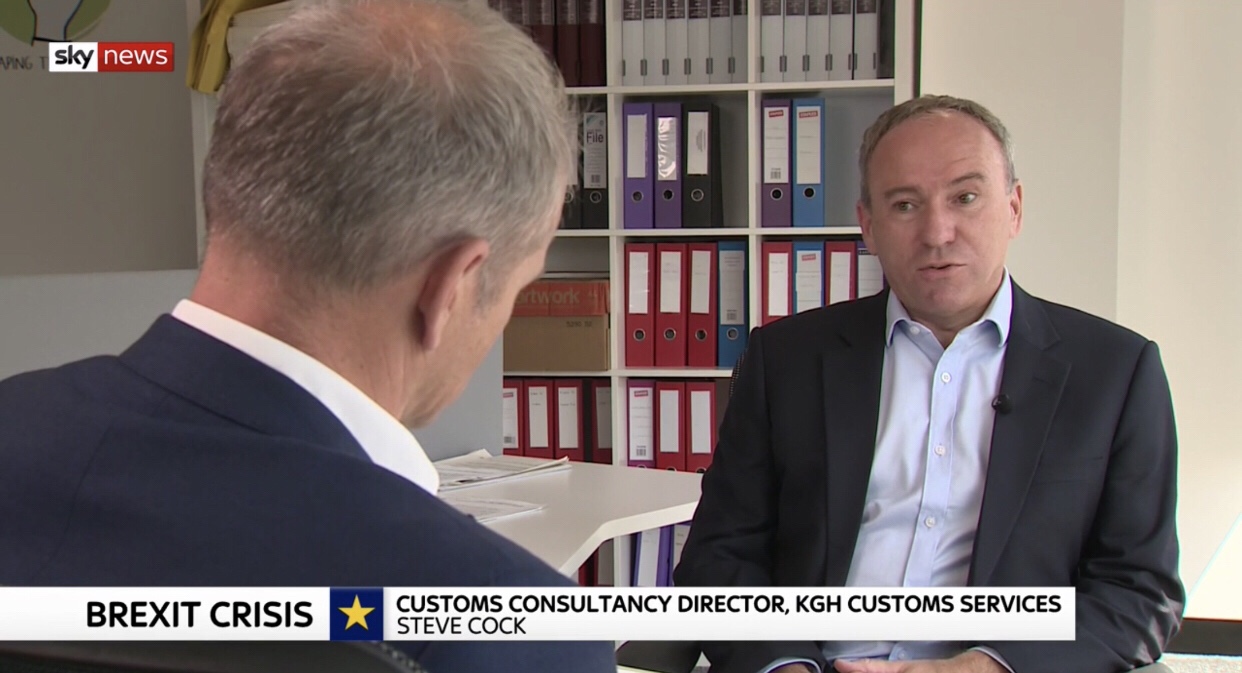 You can watch the clip here: Sky News: UK Companies not yet prepared for No Deal Brexit

Two-thirds of UK exporters yet to take basic steps for no-deal Brexit: http://news.sky.com/story/most-uk-exporters-lack-the-paperwork-for-no-deal-brexit-eu-trade-11779507

We offer registration support for UK and European companies involved in UK-EU trade as part of our Brexit support package.

This is necessary since it is our experience that companies have not planned and prepared properly.

This is also what Steve told Sky News.

“I think companies are aware of what they have to do but I think there’s still a limit on the number of companies that are actually doing something about it unfortunately,” he said.

“Bigger companies, and we work with a lot of big companies, they are well prepared. But equally you would be surprised by some of the companies that approach you late in the day and say ‘well now we need to do something’ and  It sometimes surprises us who they really are. There is still time for companies to get their house in order but they can’t leave it more than another month or so. ”