There has been a lot of talk if there could be an extension of article 50 and thus a later Brexit – if asked for by UK Government. 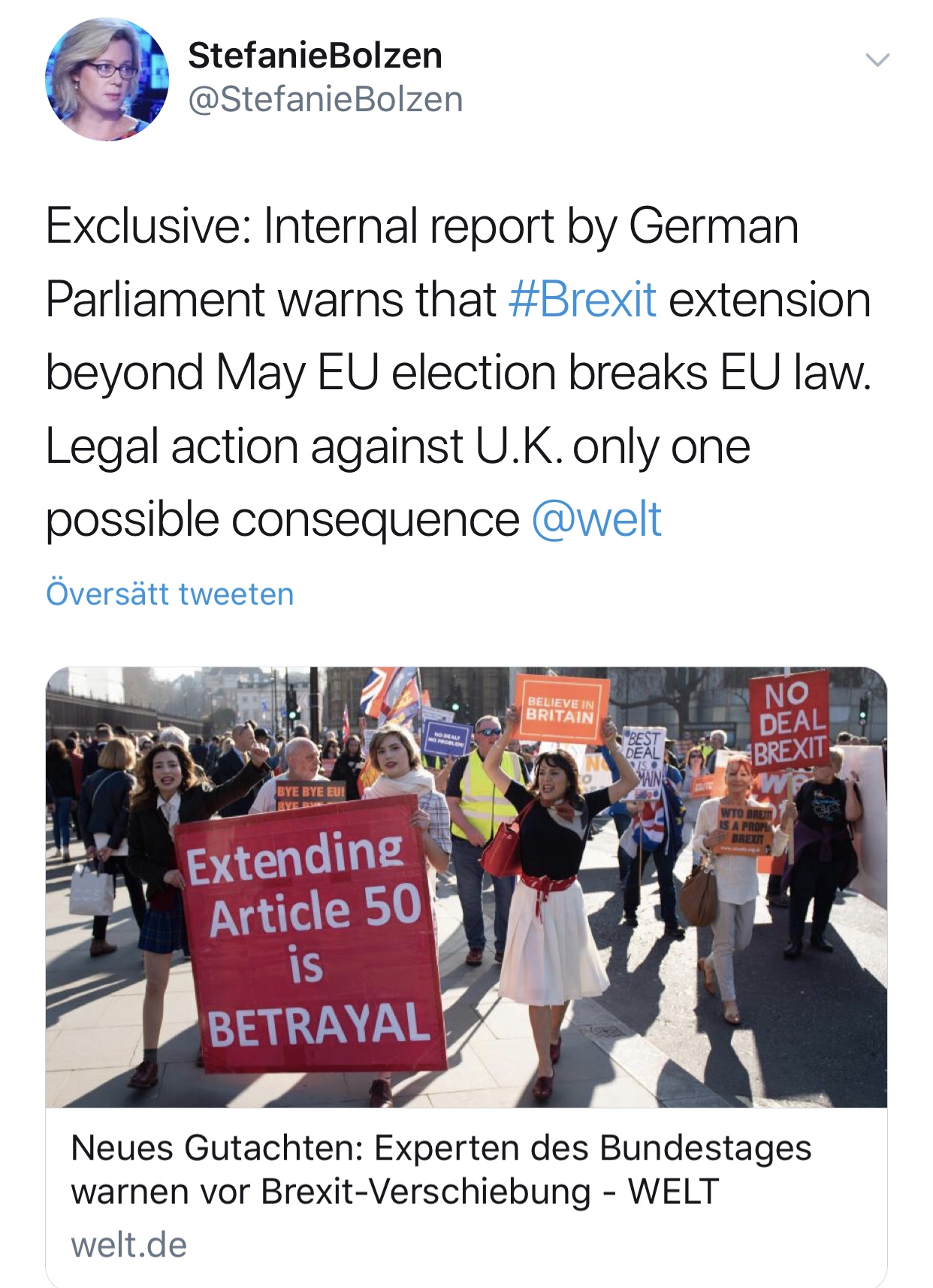 PM Theresa May has been clear that and her cabinet don’t want any extension. However to address concerns articulated by the House Of Commons Members in the previous Parlament Brexit debates, she has also said that if the updated deal to be voted for in a swcond meankngful vote on March 12, is not accepted – the in the following dusthe Parliament will vote for a potential short extension of maxiumum three months.

There are many reasons for why it is very difficult to prolong article 50. Especially since there is a European Parlimant election in May. EU leaders have said that they might grant a short extension but only if it is really motivated.

There have also been people saying that article 50 could be extended for 21 months. These proposals have been mentioned in Irsih newspapers at late as of today.

I think that it is difficult politically to get an extension. It will be interestong ro follow.

← Has there ever been anybody better?
Hard decision on backstop would avoid harder choices later →