Hugh Bennett is Deputy Editor at BrexitCentral and he wrote yesterday the following article, quoting my report from European Parliament on Brexit. 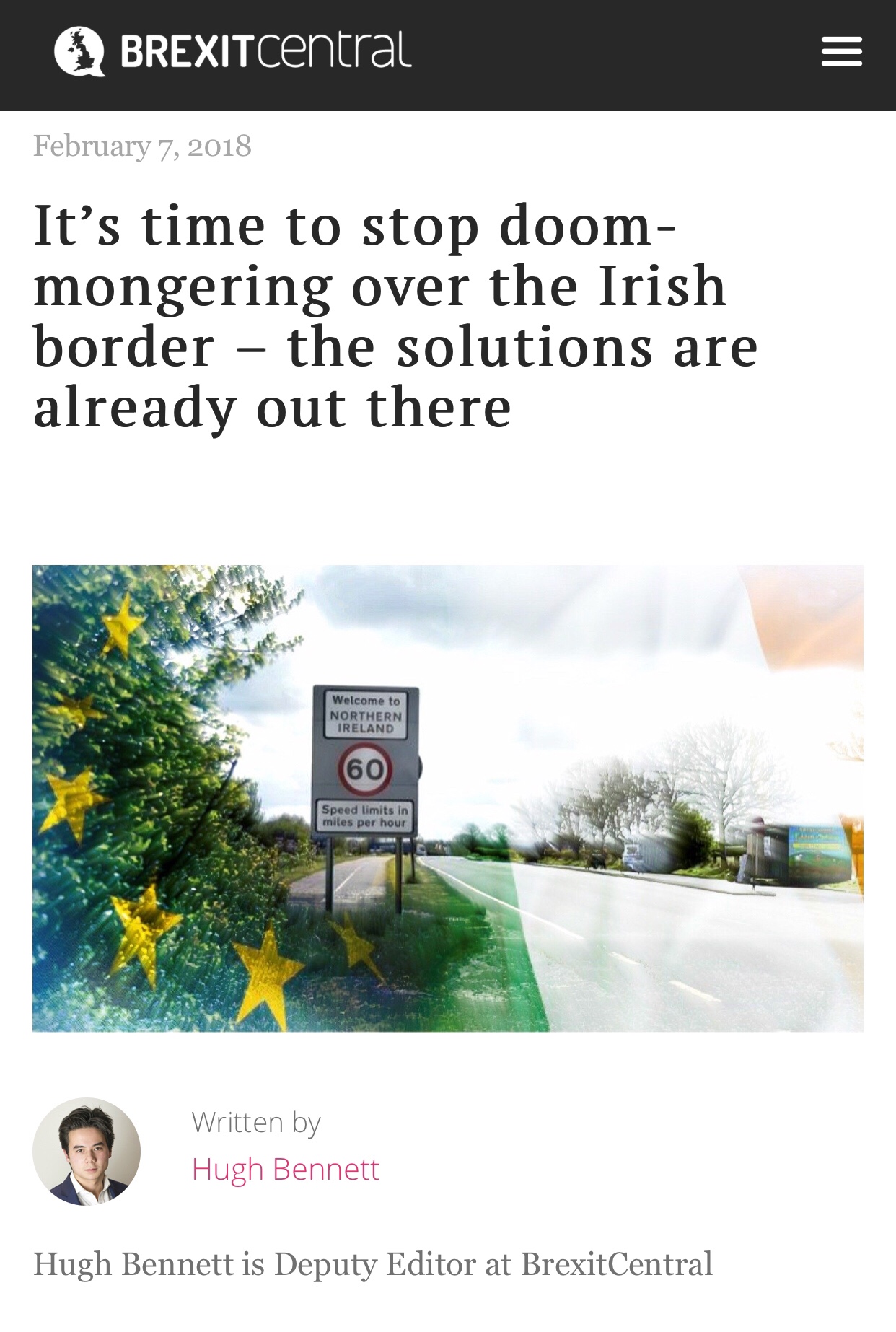 This is the opening of the article:

It has been a mystifying spectacle to witness the fresh wave of doom-mongering over the future of the Irish border and the Good Friday Agreement in the wake of Downing Street’s fresh confirmation on Sunday night that the UK would not be remaining either in ‘the’ or ‘a’ customs union with the EU after Brexit. Given that this has been stated Government policy for the past year, with minister after minister (and indeed the Prime Minister) having spent the last twelve months speaking about life after Britain leaves the customs union, it is curious indeed that now is the moment that a range of commentators and politicians have chosen to launch a fresh assault on the idea of leaving the customs union on the grounds that it will emperil the peace process in Northern Ireland.

The fundamental point to take away from the report is not that it is a finished solution, but that solutions are indeed possible and this is the right area to be looking for them in.

Now that the customs union bandwagon – set in motion by the CBI three weeks ago before receiving a huge burst of extra momentum from the leaked Treasury forecasts last week – has ended its rambunctious charge towards Downing Street in a ditch a few hundred yards down Whitehall, for the time being at least, it would be a good time for supercilious grandstanding to cease and serious thought on solutions to the border issue to take its place. 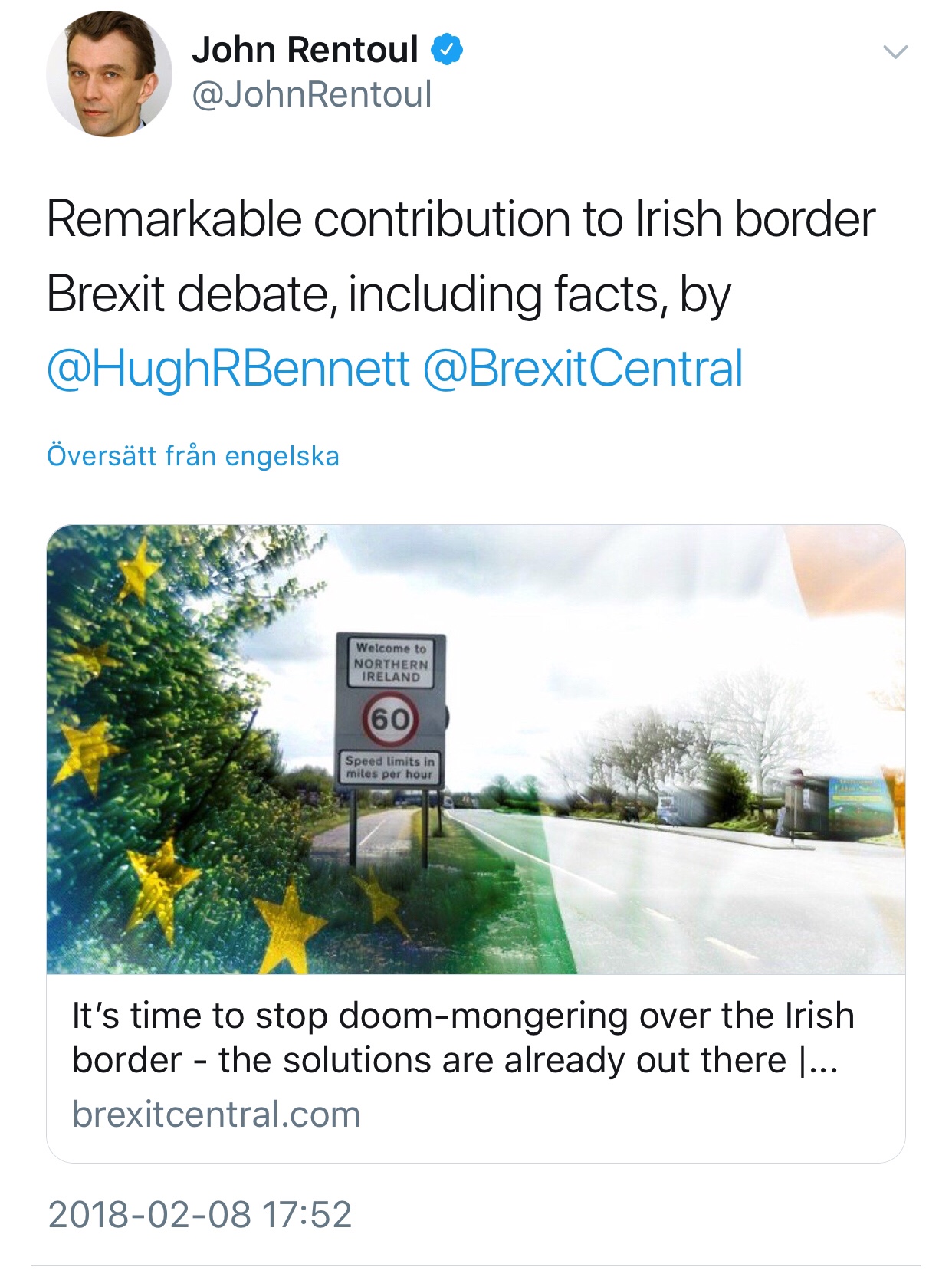 Also Twittered by John Rentoul and others

Read the entire article here: It’s time to stop doom-mongering over the Irish border – the solutions are already out there