“Sweden is best in the world on sustainable development and capacity building”  according to Jeffrey Sachs Director of the UN Sustainable Development Solutions Network (SDSN) and professor at Columbia University and advisor to the UN Sectetary General. 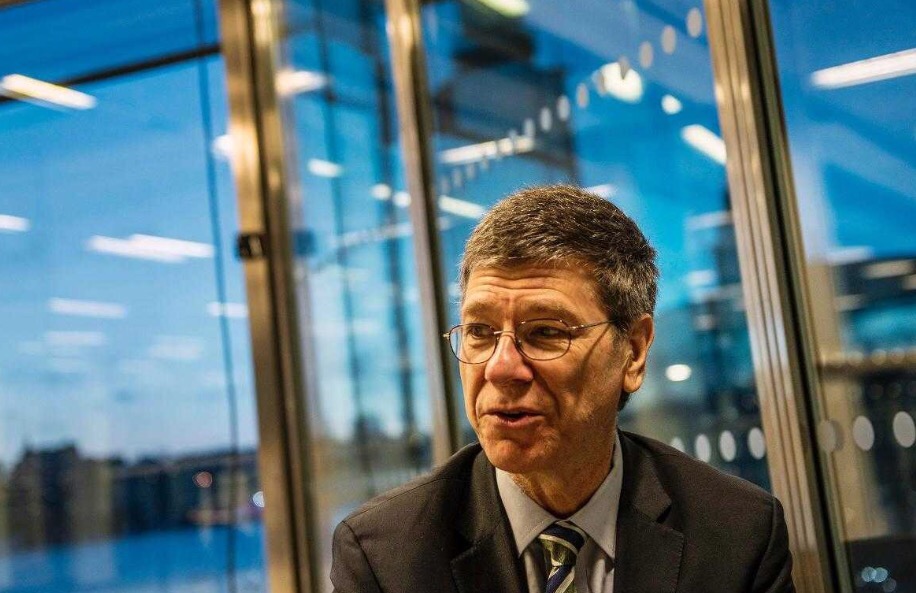 Together with Isabella Lövin (MP), Swedish Minister for International Development Cooperation, Professor Sachs has written an article about the Swedish aid and development support.

Here is an unofficial translation of the article.

“Global cooperation. Ranked number one. In many countries, there is the perception that economic, social and environmental sustainability are different goals that conflict with each other. The world needs good examples showing that the objectives can be achieved. Here Sweden has unique conditions, writes the minister Isabella Lövin (MP) and Professor Jeffrey Sachs.

It was a crucial step that world leaders could adopt these three agreements. But the goals and visions are not enough. There is still the perception of many countries to economic, social and environmental sustainability are different goals that conflict with each other, and that environmental and social concerns are something that costs too much and hamper development. The world now needs a good example: countries that take the lead and show that economic development, social and environmental sustainability can be achieved and even reinforce each other. We believe that Sweden can and should be such a country.

On Wednesday evening a new index of the Agenda 2030 objectives of sustainable development was announced, which contains very encouraging news for Sweden. Namely Sweden ranks first in the world in terms of national progress towards the 17 objectives of sustainable development. The report from the Sustainable Development Solutions Network and the German Bertelsmann Foundation used three different methods to analyze and rank the world’s countries. Regardless of the method used, Sweden took first place among the 147 countries analyzed (34 countries are not included because of lack of access to information).

Sweden can be very proud of this top ranking. Nevertheless, much work remains even for Sweden, particularly in terms of achieving environmental sustainability. Still needed such great efforts to preserve biodiversity and protect and restore the Baltic Sea, to mention two important examples.

The indicators in today’s report reminds us of the urgent need for global cooperation – a message that Sweden welcomed, not least against the background of Sweden takes place in the UN Security Council during 2017-2018.

Sustainable development in accordance with the 2030 agenda gives us namely also a safer world. Target 16 on justice, peaceful and inclusive societies with effective and accountable institutions shows that the world has matured. Instead of constructing a one-dimensional focus on economic development is now a holistic approach. War is today perhaps the greatest obstacle to sustainable development. Instead of increasing life expectancy, ensuring health care, increase the level of education and protect the environment thrown Countries that conflict decades backwards.

The ongoing wars in the Middle East not only undermine dramatically the sustainable development of the countries involved in the conflicts, but also threatening global efforts for the sustainable development goals. The conflicts in Syria, Afghanistan, Libya and elsewhere have given rise to large refugee flows, and many countries – including Sweden – has used a portion of their aid budgets to cover the costs of the refugees. All are losers – those who are embroiled in war, those who are forced to leave their homes and those who find that aid budgets are cut down because resources have been redirected. Political instability, climate change, war and violence faced by the global community as a whole, and it is in all our interests to address these challenges.

Social injustice on a global level must also be fought on a global level to address the involuntary economic migration and social unrest. This is why Sweden has launched the Global Initiative deal for decent work and inclusive growth and now urges other countries to join. Climate change, which leads to desertification in some areas and rising sea levels on the second, is also something that will lead to forced migration and possibly wars and conflicts. This is one of the reasons why Sweden has adopted the goal of becoming one of the world’s first fossil fuel free welfare of nations.

During MDG Years (2000-2015) the made world, significant progress in terms of economic development. But when it comes to the other two pillars of sustainable development – social and environmental sustainability – the development has been less impressive. While countries have become wealthier, many have become less fair in terms of income and wealth distribution. Sweden has among the smallest income disparities in the world, but you know after a century of social structure that it is a demanding task to preserve income equality. It requires not only good tax morale, but also value for money: good general public health, good education and child care, and effective social security system.

An acute global challenge pipes understood environmental sustainability. Sweden should take responsibility when it comes to fighting climate change, among other things by phasing out fossil fuels to 2045. Many Swedish companies are investing huge resources in R & D in renewable energy, energy efficiency, electric vehicles and other means to remove carbon dioxide emissions. In this way Sweden stakes out the path. And Swedish export-dependent companies also know from experience that it benefits them to be the first climate-smart technology. So there is no contradiction between environmental and economic sustainability.

The main message in terms of sustainable development goals is that they are within reach – whether governments, private sector, civil society and the international community control over sufficient resources to prioritize them. We can afford sustainable development – in fact, it is an unsustainable development that would ruin us. In particular, we can not afford the violent conflict that cost lives, while millions of civilians and control the public’s attention and budgets away from long-term investments in environmental sustainability and welfare.

Sweden intends to promote the objectives of sustainable development through its national efforts, its long-standing tradition of generous development, their interaction with like-minded leaders of the goals of sustainable development, and their voice and influence in the UN Security Council in favor of peace and reconciliation. 2030 agenda shows that peace, social justice, welfare and environmental protection is not a utopia. But it will not become a reality without the vision and strong leadership.

While countries have become wealthier, many have become less fair in terms of income and wealth distribution. Sweden has among the smallest income disparities in the world, but you know after a century of social structure that it is a demanding task to preserve income equality. 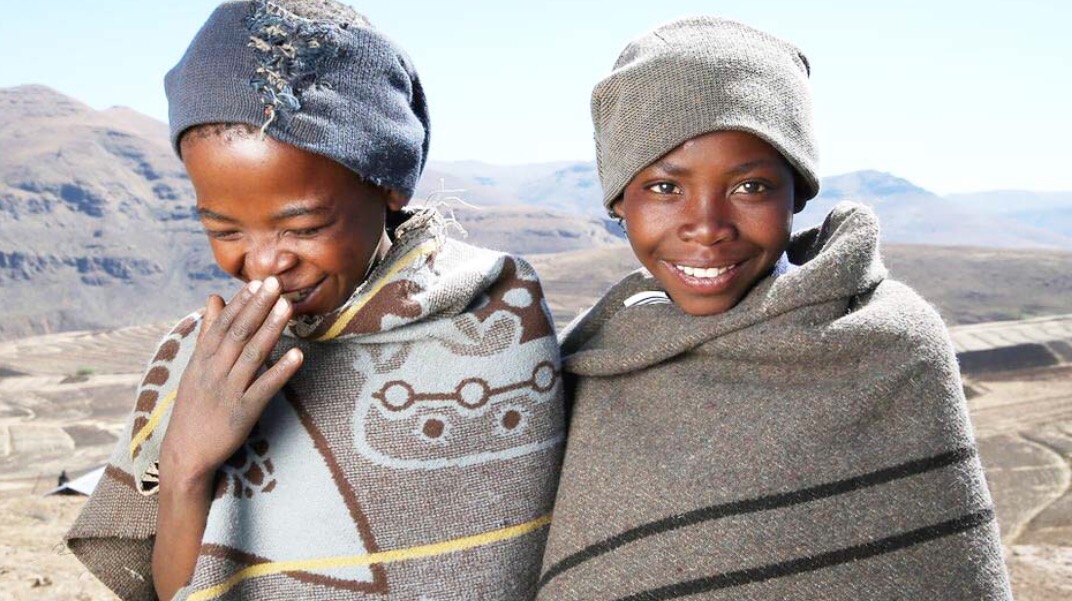 This article was published today in major Swedish newspapers. 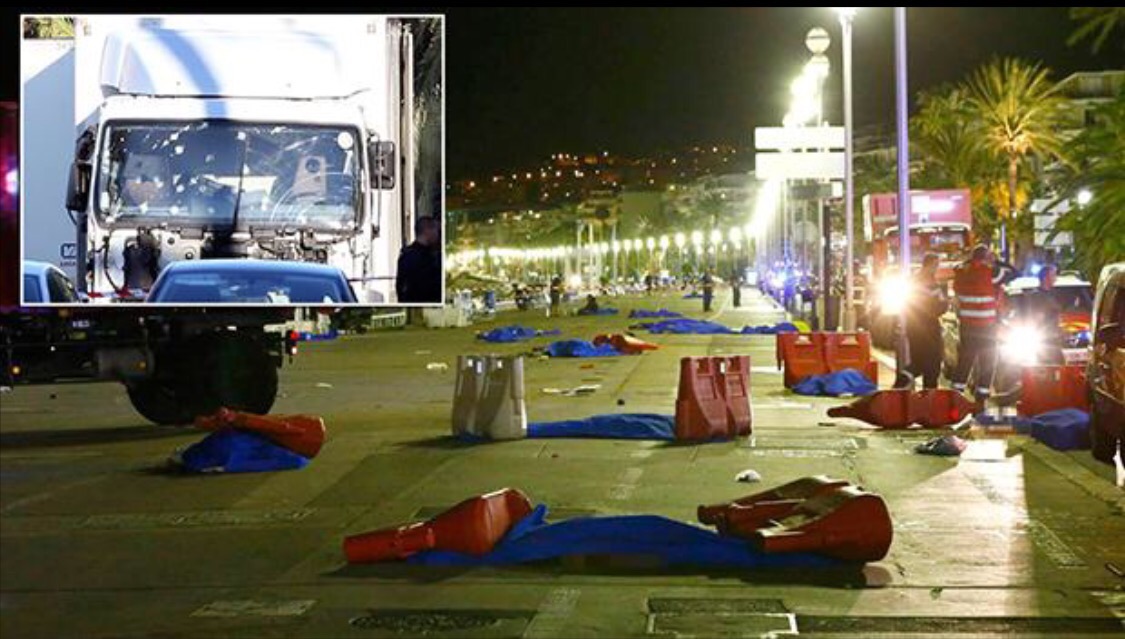 There are increasing signs that the truck attack in Nice was a terrorist attack. The modus of the attack ks described in the ‘terrorist handbook’ that has been published by terrorists on Internet.

France has been the past two years been subject to a number of major terrorist attacks with hundreds of civilian deaths jihadist groups were behind.

This is our new reality. Our lifestyles and our open society is under attack. We live in a world where there are people that want to create chaos. They want us to be afraid, they want us to changenour way of living.

I walked the street in Nice just a few days before the terrorist attack. Just like I travelled through Zaventem in Brussels just a few days before the attack there earlier this year. We are many prople in the same position, the terror is coming closer and closer to us. Terrorists want to scare us, they want us to be afraid. They want us to answer only with force – so they can mobilize their own side.

I am convinced that we need to do the opposite. We need to become more open and even better in our democracies, in living our lives the way we want it. As then Prime Minister Jens Stoltenberg of Norway said after the Utöya terrorist attack; “We are still shocked by what has happened, but we will never give up our values. Our response is more democracy, more openness, and more humanity.We will answer hatred with love”.

However, we also can and will have to do more to protect ourselves.

I believe that terrorism needs to be addressed with three different ways:

1. We need to address the roots of terrorism, which is poverty and injustice,

2. We need to increase our cooperation and coordination in pretection of the society, of the global village – and

3. We need to be even more open, tolerant, transparent than ever before. We need to show that our way of living is the positive answer, not the problem.

In the Customs area we need to continue to develop our intelligence based risk management systems and the business partnership models through AEO concepts – to further enhance our supply chain security models. We need to do more – and we will. The risk of terrorism using the global supply chain is not acceptable and needs to be addressed with advanced systems and cooperation.

Let us not be naive. The aim of terrorism is to terrorise. This means that there are no limits to what terrorists will do. It will continue to hit innocent people, to hit our day-to-day lives. 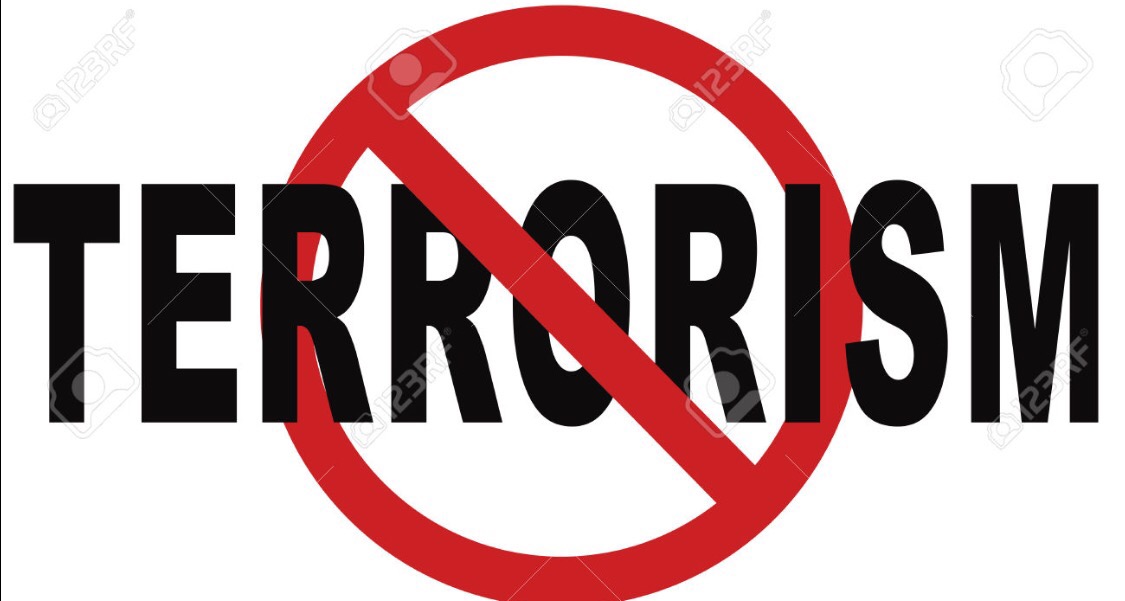 Nobody is safe. Today all countries are under threat. We all need to prepare and develop our activities in this field, including my country. It is not easy to address this desease, but we have to.

Swedish Government has developed national counter-terrorism strategy that will form the basis of Sweden’s long-term work in this area, both nationally and internationally. The aim has been to create a clear structure for the work needed to combat terrorist crime.

The strategy emphasises the importance of cooperation and clear follow-up of the work done.  If you want to read the document, click here: The Swedish Counter-Terrorism Strategy

As the European Union threatens to unravel in the wake of Britain’s vote to leave, the African Union is pursuing a path of closer integration through the launch of a common passport that will grant visa-free access to all 54 member states. 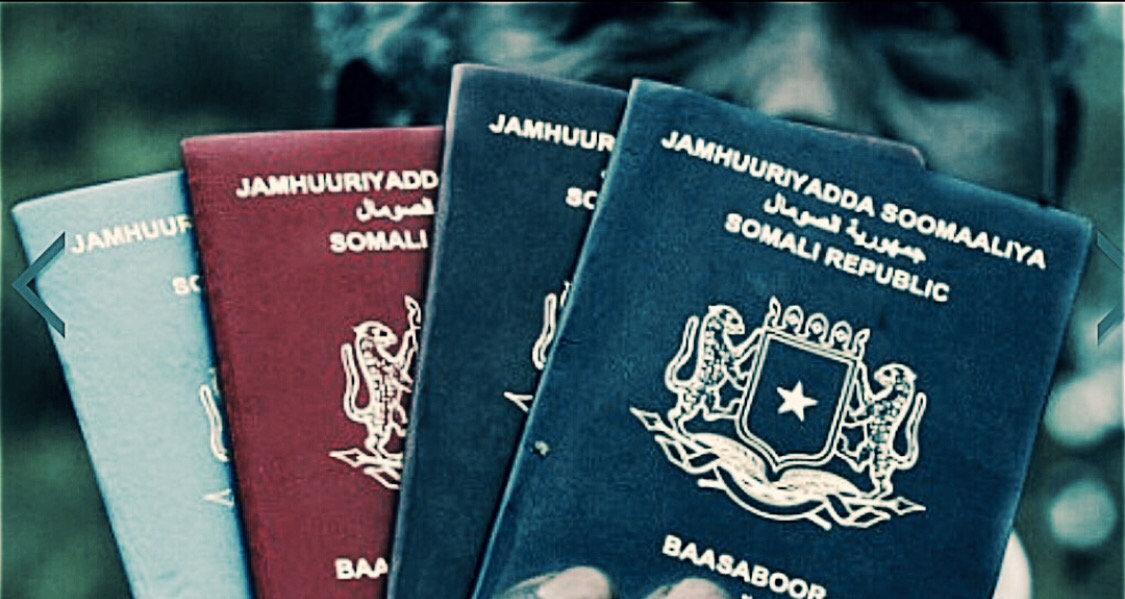 The electronic passports will be unveiled at the AU summit in Kigali, Rwanda, later this month, where they will be issued to heads of state and senior officials. The Union aims to distribute them to all African citizens by 2018.

“This flagship project has the specific aim of facilitating free movement of persons, goods and services around the continent – in order to foster intra-Africa trade, integration and socio-economic development,” the Union announced in a statement.

The passports represent a key plank of the Africa Agenda action plan, which emphasizes the need for greater continental integration, drawing on the popular vision of Pan-African unity.

Freedom of movement has been a longstanding priority among member states, as enshrined in previous agreements such as the 1991 Abuja Treaty. Common passports have already been adopted for several regions, such as the Economic Community of West African States (ECOWAS). 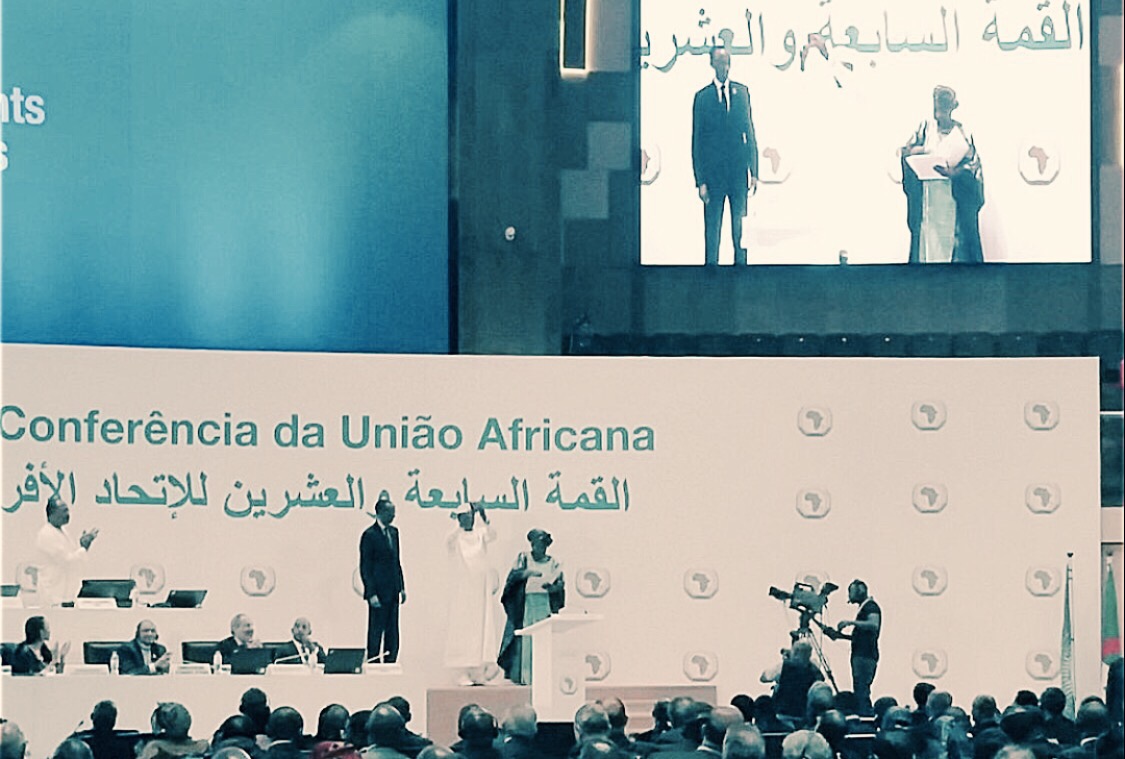 The African Passport was presented to President Kagame and President Deby, the Chairperson of the African Union.