US government to tighten up customs checks on eCommerce imports

eCommerce is the big elephant in the Customs room. It is a trade area that is exploding and the global Customs systems are not designed to handle this extreme increase of transactions due to changed consumer behaviour. The difference between the postal process and other couriers is another thing that will change over time. Sweden started to demand VAT, and thus declarations, on all transaction already early this year. Other countries is about to follow.

Now according to reports, the United States government is to tighten up the checks made on imports to the US with a specific focus on ecommerce and marketplaces items coming in. Dan Wilson has written about this.

In particular, this reflects growing tension on trade between the USA and China, a significant increase in mail imports over the course of this year and political pressure from the Trump administration. Needless to say, customs checks on ecommerce imports could mean delays on shipping. 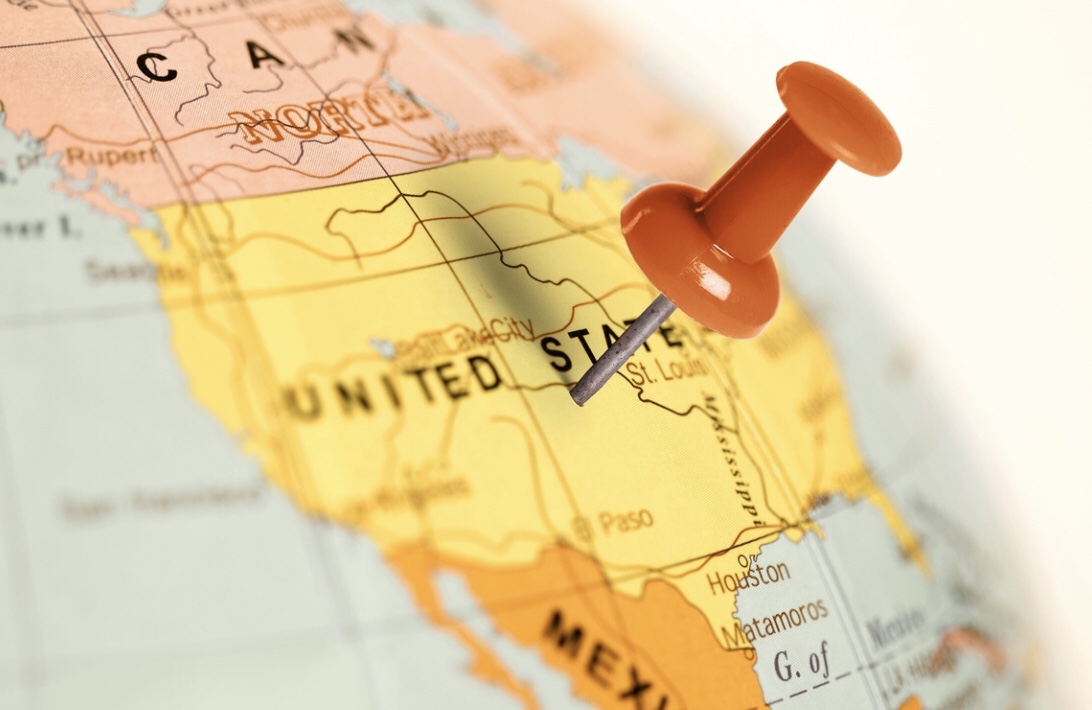 What is rather surprising is the dramatic increase in imports that has occurred this year and a lot of these obviously come from China. The US Customs & Border Protection agency (CBP) reports that they have increased from 1.4m daily at the start of the year to an estimated 2.1 million daily shipments in August. The CBP has predicted that this volume could rise further to 2.5m shipments per day during the peak season that’s on the horizon.

In the USA, imported goods are exempt from duties under the personal daily exemption rules and the de minimis threshold in the US is set at $800. On October 3rd, the United States Senate sent legislation to the White House to sign that will require the US Postal Service to send advance electronic notifications related to every incoming international shipments to CBP.

The same bill also demands that, by December 31st this year, that data on 70% of all international mail must be transmitted before the goods reach the US border. And by December 31st, 2019, that threshold will rise to 100% of imports sent by mail.

This sounds like a huge change to how customs checks on ecommerce imports are operated in the United States and an enormous task that will likely lead to delays. It will be interesting to know anecdotally how it works over the next few weeks and months as it rolls out. In particular, one of the political motives relates to counterfeit goods because President Trump has promised to curb the imports of same to help US manufacturing businesses.

The thorny issue of the border between Ireland and the British province of Northern Ireland could sink the negotiations on Britain’s exit from the European Union, the EU’s chief Brexit negotiator Michel Barnier said on Friday (19 October). 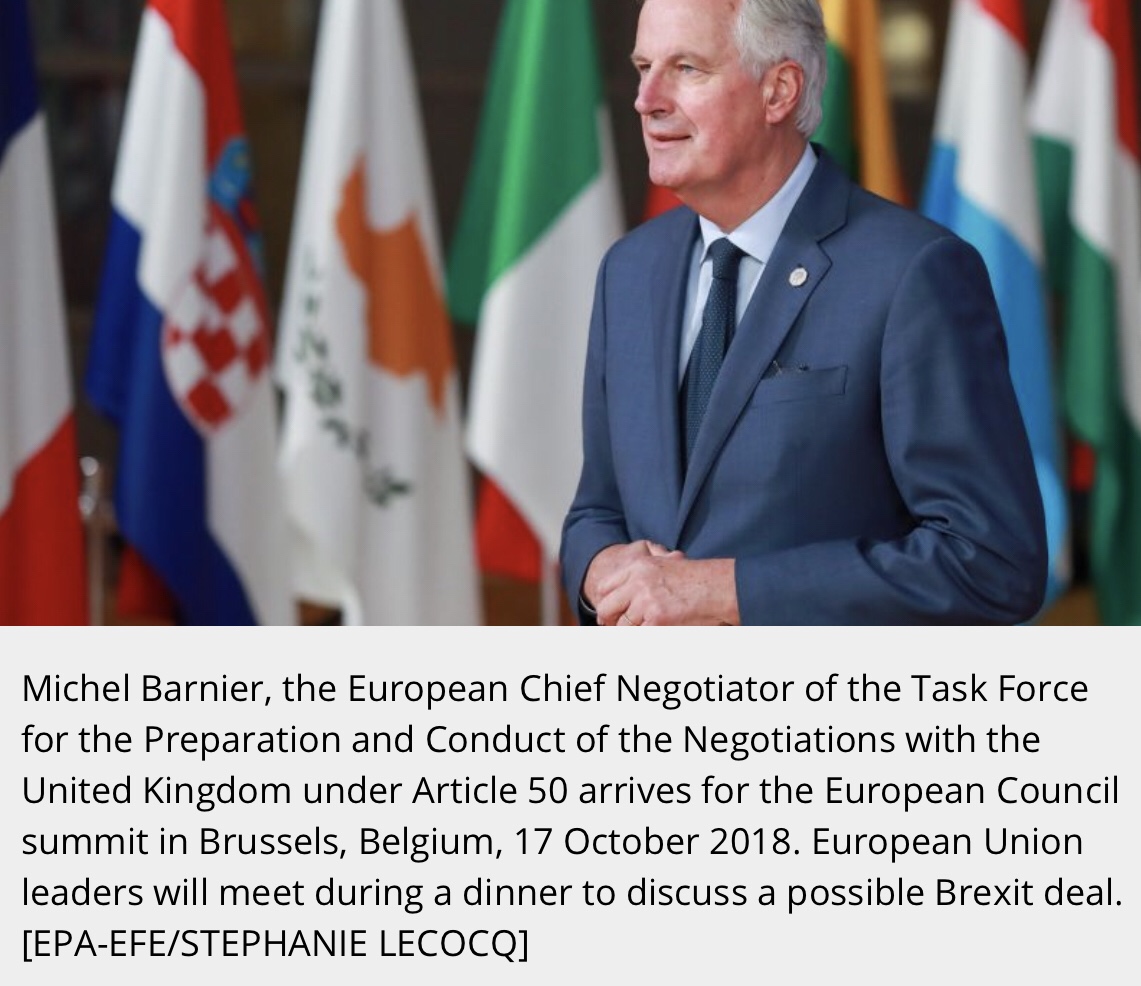 “The answer is yes,” he said when asked on France Inter radio if the Irish border issue could cause the negotiations to collapse. “I believe we need a deal. I’m not yet sure we’ll get one. It is difficult, but possible.”

The Guardian writes today that Theresa May will test the tolerance of her cabinet for fresh Brexit compromises on Tuesday, with Britain’s negotiators desperate for a breakthrough in time to convince EU leaders to convene a crunch summit next month. 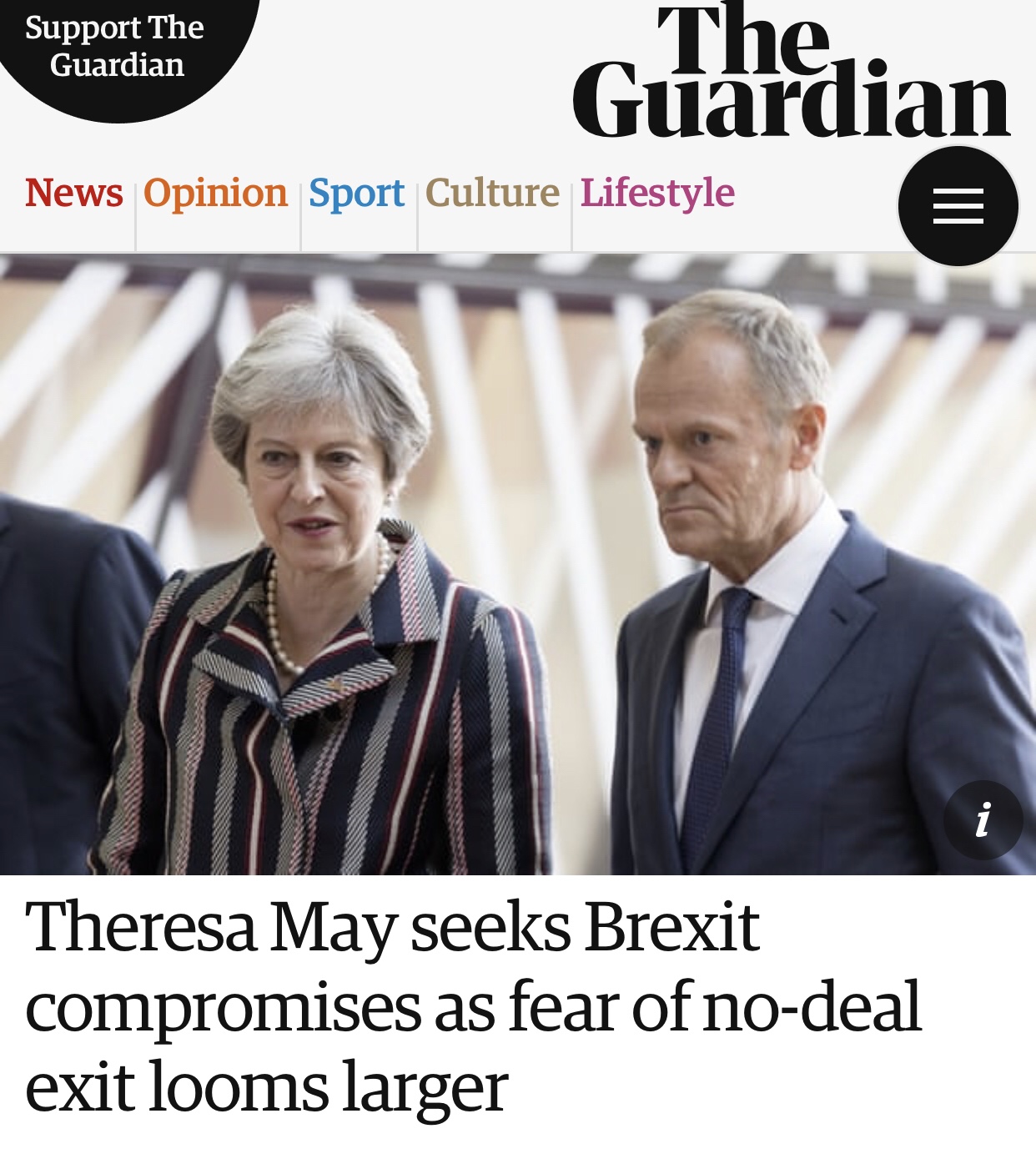 With no European council formally scheduled until December, ministers are becoming increasingly anxious about the growing risk of a failure to reach a deal and the impact of continued uncertainty on the economy.

“Everyone’s still hoping for November,” said one senior Whitehall source. The foreign secretary, Jeremy Hunt, told the BBC that the government was “four weeks before the November deadline that’s been talked about”.