The impact of AI and automation

In a column in The Guardian, the world-famous physicist wrote that”the automation of factories has already decimated jobs in traditional manufacturing, and the rise of artificial intelligence is likely to extend this job destruction deep into the middle classes, with only the most caring, creative or supervisory roles remaining.”

He adds his voice to a growing chorus of experts concerned about the effects that technology will have on workforce in the coming years and decades. The fear is that while artificial intelligence will bring radical increases in efficiency in industry, for ordinary people this will translate into unemployment and uncertainty, as their human jobs are replaced by machines.Technology has already gutted many traditional manufacturing and working class jobs — but now it may be poised to wreak similar havoc with the middle classes.

“AI will be either best or worst thing for humanity”

A report put out in February 2016 by Citibank in partnership with the University of Oxford predicted that 47% of US jobs are at risk of automation. In the UK, 35% are. In China, it’s a whopping 77% — while across the OECD it’s an average of 57%. 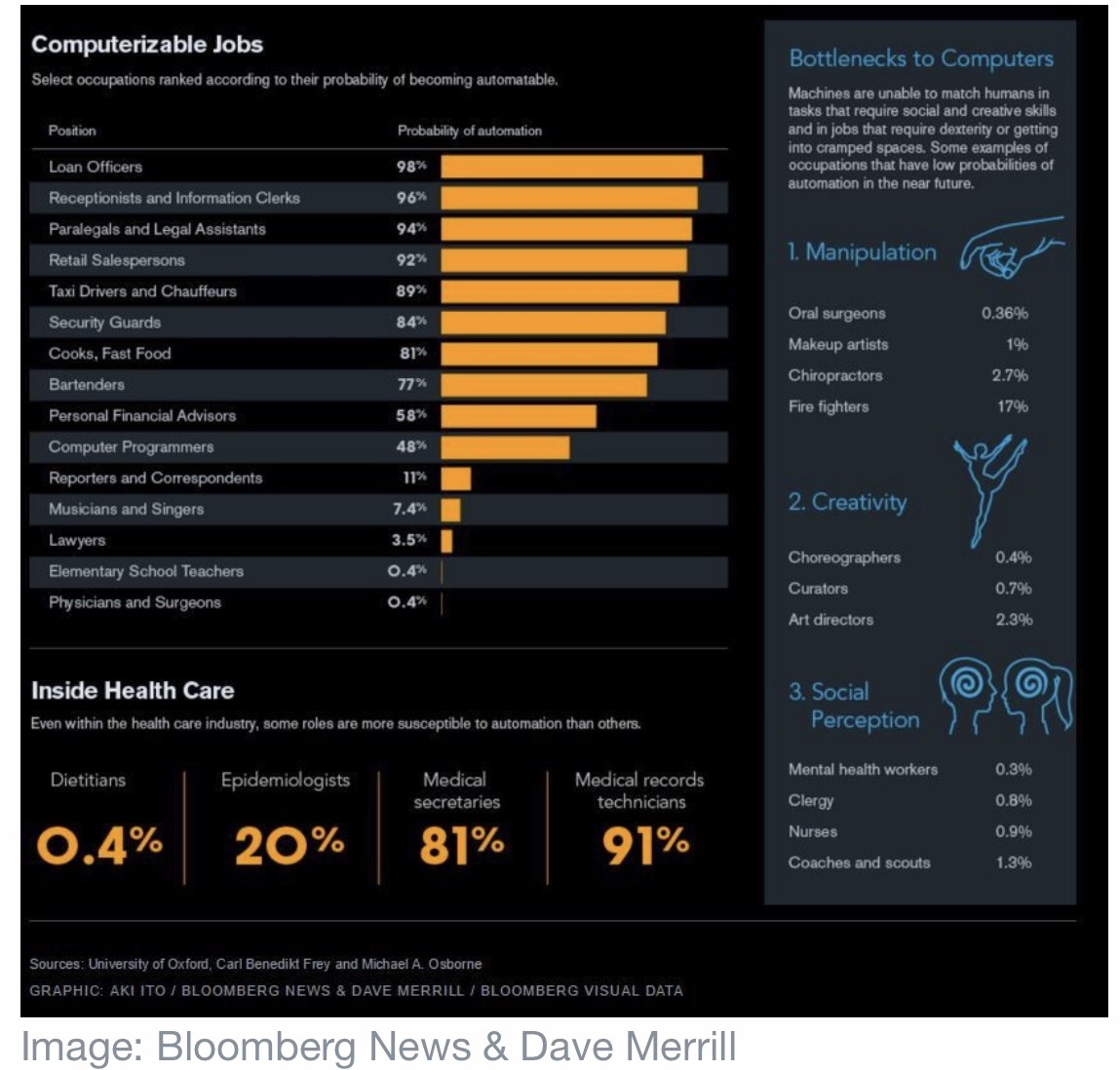 And three of the world’s 10 largest employers are now replacing their workers with robots.

Automation will, “in turn will accelerate the already widening economic inequality around the world,” Hawking wrote. “The internet and the platforms that it makes possible allow very small groups of individuals to make enormous profits while employing very few people. This is inevitable, it is progress, but it is also socially destructive.”

He frames this economic anxiety as a reason for the rise in right-wing, populist politics in the West: “We are living in a world of widening, not diminishing, financial inequality, in which many people can see not just their standard of living, but their ability to earn a living at all, disappearing. It is no wonder then that they are searching for a new deal, which Trump and Brexit might have appeared to represent.”

Combined with other issues — overpopulation, climate change, disease — we are, Hawking warns ominously, at “the most dangerous moment in the development of humanity.” Humanity must come together if we are to overcome these challenges, he says.

Stephen Hawking has previously expressed concerns about artificial intelligence for a different reason — that it might overtake and replace humans. “The development of artificial intelligence could spell the end of the human race,” he said in late 2014. “It would take off on its own, and redesign itself at an ever increasing rate. Humans, who are limited by slow biological evolution, couldn’t compete, and would be superseded.”